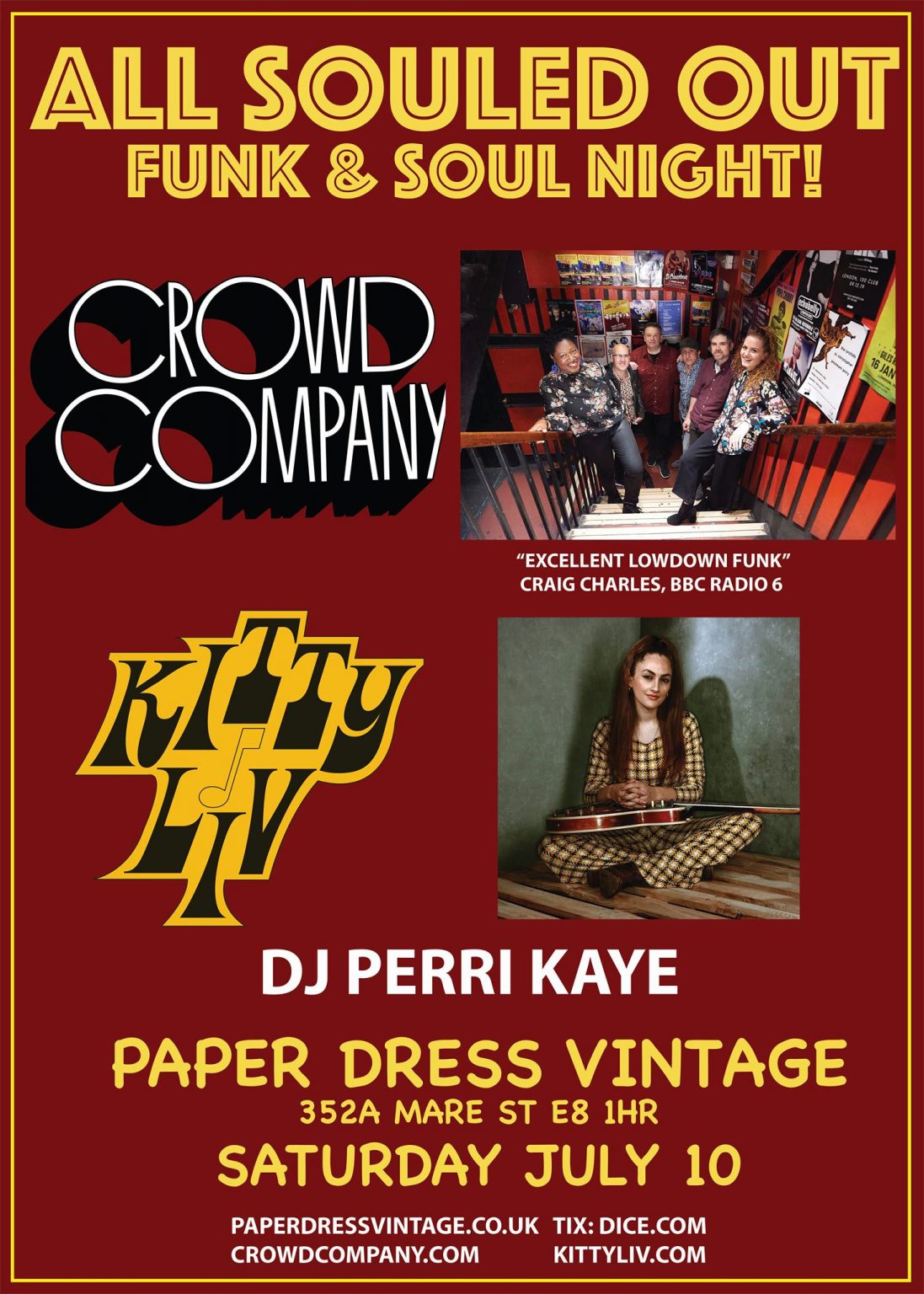 An EPIC NIGHT of Funk and Soul! The best of the capital’s funk and soul scene – top class live bands and DJs. Put on your dancing shoes and prepare to funk the night away!

Headlining is one of THE top funk bands in the UK – CROWD COMPANY – an 8 piece band with a modern take on 70s soul funk. The band is known for rich songwriting combined with catchy hooks and features three outstanding soulful vocalists, coupled with in-the-pocket heavy grooves Hammond organ, horn playing, tasteful guitar playing and more.

Currently riding high following the release of their new album this band is being championed by Craig Charles of BBC Radio 6. He calls them “Top Class!” and their 2019 single was one of his ‘Best Releases of 2019’. Their new album is one of his ‘Top Picks for 2020’.

As for the support acts:

KITTY LIV
As a multi-instrumentalist, songwriter and producer, Kitty has fired up music lovers around the globe from a very early age, co-fronting family band ‘Kitty, Daisy & Lewis’. Gearing up to unleash her new solo project, Kitty is resonating with another set of her influences to produce a body of personal songs that evoke the primal depths of Soul, Hip-hop and Gospel blues.