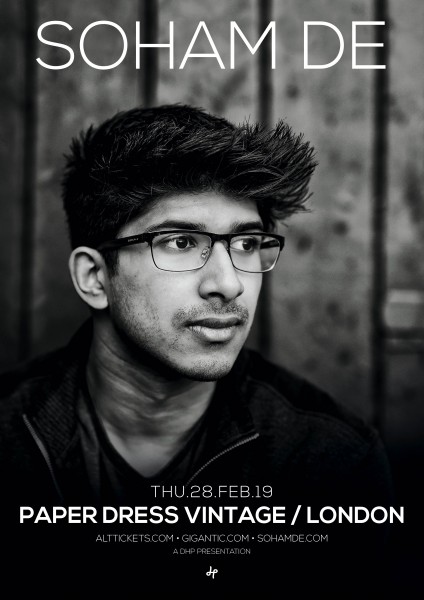 Tickets are on sale now: //www.alttickets.com/soham-de-tickets

The first Daniel Land & The Modern Painters album, ‘Love Songs For The Chemical Generation’, was called “One of the finest shoegaze-tinged, ambient guitar records of its time” by Drowned In Sound, and “Like Slowdive reimagined by Phil Spector” by the NME. It is now widely considered to be a modern classic of the shoegaze genre, with Daniel a “Dream Pop cult hero” in the words of The Skinny – releasing records on his own label, and known only to the Shoegaze cognoscenti.

Ten years on from ‘Love Songs For The Chemical Generation’, Daniel’s new album, ‘The Dream Of The Red Sails’ is a return to the classic Shoegaze/Dream Pop style for which he is better known, and Daniel will be touring the UK in February and March, performing songs old and new, with a full live band.

A dazzling array of atmospheric, mesmerising excursions, serves up a whole range of twists and turns with every subsequent listen.
– DROWNED IN SOUND

Completely out of fashion with the popular music of today, bearing no relation to anything else being made. And I love it to pieces.
– THE LINE OF BEST FIT

You can’t help but think this is the kind of thing the late John Peel would have loved.
– ROB DA BANK, BBC RADIO 1

His voice soars, like the spawn of Liz Fraser and Antony Hegarty in space. This is the sort of thing Daniel Land & the Modern Painters make you write. They should feel deeply ashamed.
– THE GUARDIAN 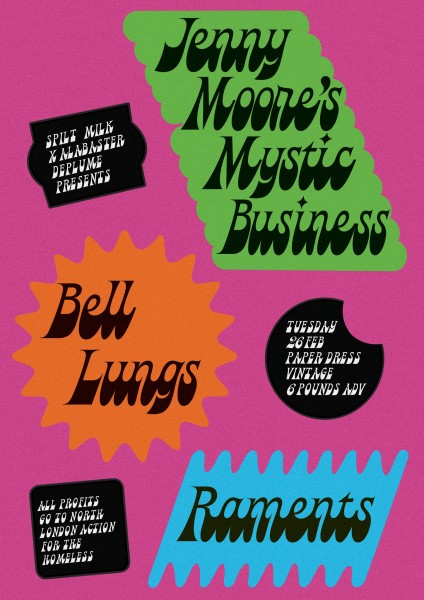 Spilt Milk & Alabaster dePlume have teamed up to bring you an evening of music and spoken word to raise money and awareness for North London Action for the Homeless.

Compered by Alabaster and with live performances from…

Raiments
Raiments are a Berlin-based avant garde musical collective, the brainchild of lead vocalist and multi-instrumentalist Mano Camatsos. Mano’s unorthodox electric guitar style is inspired by hip hop, ethnological recordings and 20th century classical music. His abstract lyrics meet an ever- rotating procession of strings, woodwinds, brass and electronics all held down by a locked groove.

£6 OTD
All profits will go to North London Action for the Homeless.

North London Action for the Homeless is a small charity that runs a drop-in centre based in Stoke Newington, Hackney for homeless people and for those in needy circumstances, and provides a three-course vegetarian meal free of charge.

Special guests to be announced

The Caress
Alternative 5 piece based in South East London, inspired by Scott Walker and Phil Spector’s Wall of Sound.

The Vouchers
SE London noise merchants and frustration antagonists, The Vouchers are fast rising on the London scene and have supported Cut Glass Kings as well as headlining an IVW show at Beckenham Arts Lab