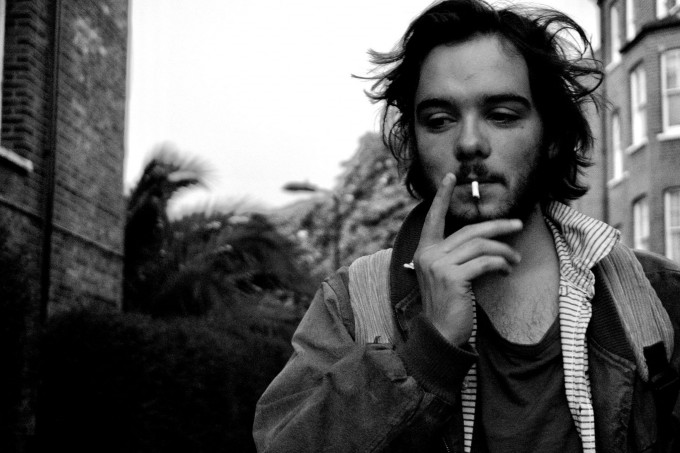 Advance tickets £5 via DICE and £6 OTD

More than a year on from the One Night Stand EP and we’re on course for a new offering, with a shiny new single ready for release into the world, much to the delight of your ears i’m sure.

This is a man who bleeds music, and wine i suspect, he plays in so many musical outfits in a variety of roles that it would be folly to think you could list them all as there’ll likely just be another one next week.

This is a man at the heart of a musical community making moves upward and onward, i could go on talking about what kind of man Easymess is or… you could just come see and hear for yourselves on Sunday March the 3rd at Paper Dress Vintage in Hackney.

Vicky is an American singer songwriter living in London. A Chicago native, she arrived in London late 2015, after living and writing in Brooklyn NY for many years. Her style blends and swings between soul, blues, jazz, and folk. Currently, she is playing often at various venues around London and is preparing to release her Debut EP.

An Indie Folk, Singer Songwriter from the South West of England, Swindon, Wiltshire. In 2017 Dreuw’s first single ‘Wait’ made the Glastonbury Festival Longlist, nominated by London’s Resonance FM quoting ‘Captivating arrangements and very raw, soft-spoken delivery from a clearly very talented recording artist.’ His latest single ‘When Will You’ has gained support from BBC Introducing in the west, airing on the radio in December 2018.
Dreuw has been writing , playing and living in London, while supporting a number of established artists such as Adam Barnes, Port Erin and Roe. Recently returning back to his hometown, he is putting his full attention into the final processes of recording and writing for his next release in early 2019.

Alex White is a singer/songwriter from Greater London.
Combining his love of blues, soul and country music to make his own sounds.

Tickets on sale soon from Dice app, £5
£6 on the night on the door.