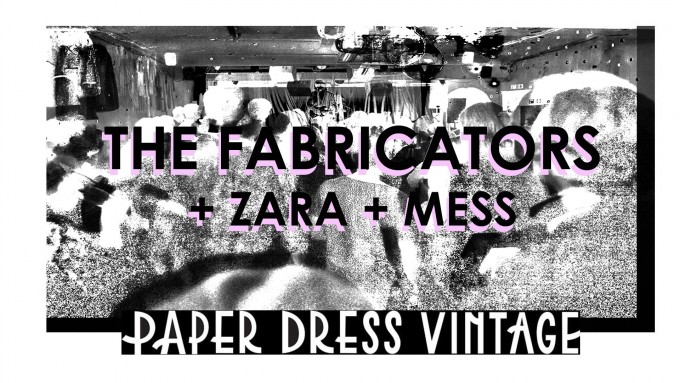 A bumper evening at Paper Dress with 3 live bands followed by our semi-regular club night QUEER!

From 7.45pm be entertained by

“Macabre and brilliant…if you don’t think that’s an exciting new sound then you must be listening to far better stuff than me.”
Joey Page, Fubar Radio

“Raw, energetic, confident and burning. Frank DIY post punk emotions from the street. Direct and honest and loud!”
Turn Up The Volume – 5 MUST HEAR albums review

MESS
Formed in 2017, East London quartet MESS have been crafting powerfully distorted, female fronted guitar rock. The sound of the band is inspired by many facets of life like empowerment, rebellious outbursts and the feeling you get when you’ve just had enough. The band’s stockpile of songs pay homage to music that will make you want to dance, sing loud and crowdsurf, like hard rock, grunge, punk and garage. This is MESS – an all girl band apart from the boys.

After the live music there’ll be a free entry club night QUEER – Friday 8th March till 2.30am!

QUEER is a punk, indie, soul and rock’n’roll night for people who identify as LGBT and anyone who doesn’t feel at home anywhere else.

Paul Michael Bowden (Set You Free, Homo Superior, Poke Newcastle) and Sam Fenn are back on after the bands at Paper Dress Vintage in Hackney for QUEER.