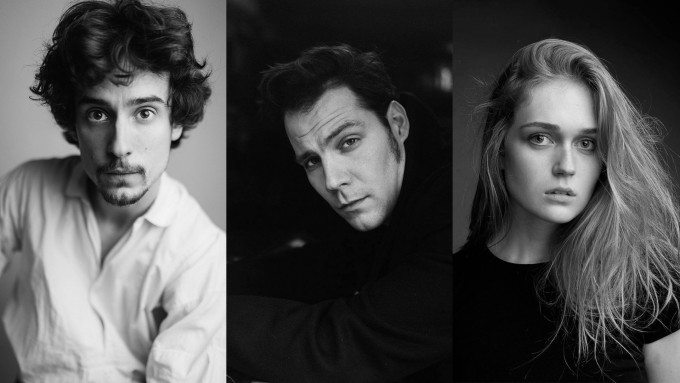 We are truly thrilled to bring you this astonishing line-up, with Danish singer-songwriter Helena Deans opening the night, followed by Italian master-storyteller and enigmatic crooner Bandini, and ending with French balladeer Victor Marichal and his full band, ready to set the stage on fire.

VICTOR MARICHAL – A self-taught guitar player with roots in flamenco and African blues music, Victor trained as a jazz singer in Paris before establishing himself as a musician, songwriter and storyteller in London. His debut album is in the making and the first single, ‘Jumping Down a Star’ came out in June 2019, followed by ‘On The Road’ in August and ‘Sidewalk Empire’, an entrancing blues odyssey coming out on 10th January 2020.

BANDINI – Bandini’s music incorporates aspects of jazz, blues, rock and gypsy into a unique fusion of sounds. Coupled with his enigmatic and theatrical stage performances, Bandini is quickly becoming one of the most relevant emerging acts today. Through his rugged, intimate vocal approach with the use of piano and harmonica, Bandini achieves a unique blend of magnetism, transforming his already dynamic musical output into a mesmerising theatre show.

HELENA DEANS – Helena Deans is a Danish singer-songwriter and pianist, who draws influence from Jazz, R&B and Traditional Soul. Live, Helena Deans will get you moving with her energetic trio or hold the room in silence during an intimate solo performance. Since her early releases in 2017, she has been making a name for herself around the London music scene showcasing her distinct Nu Jazz sound. Deans has recorded her anticipated live album, ready for 2020.