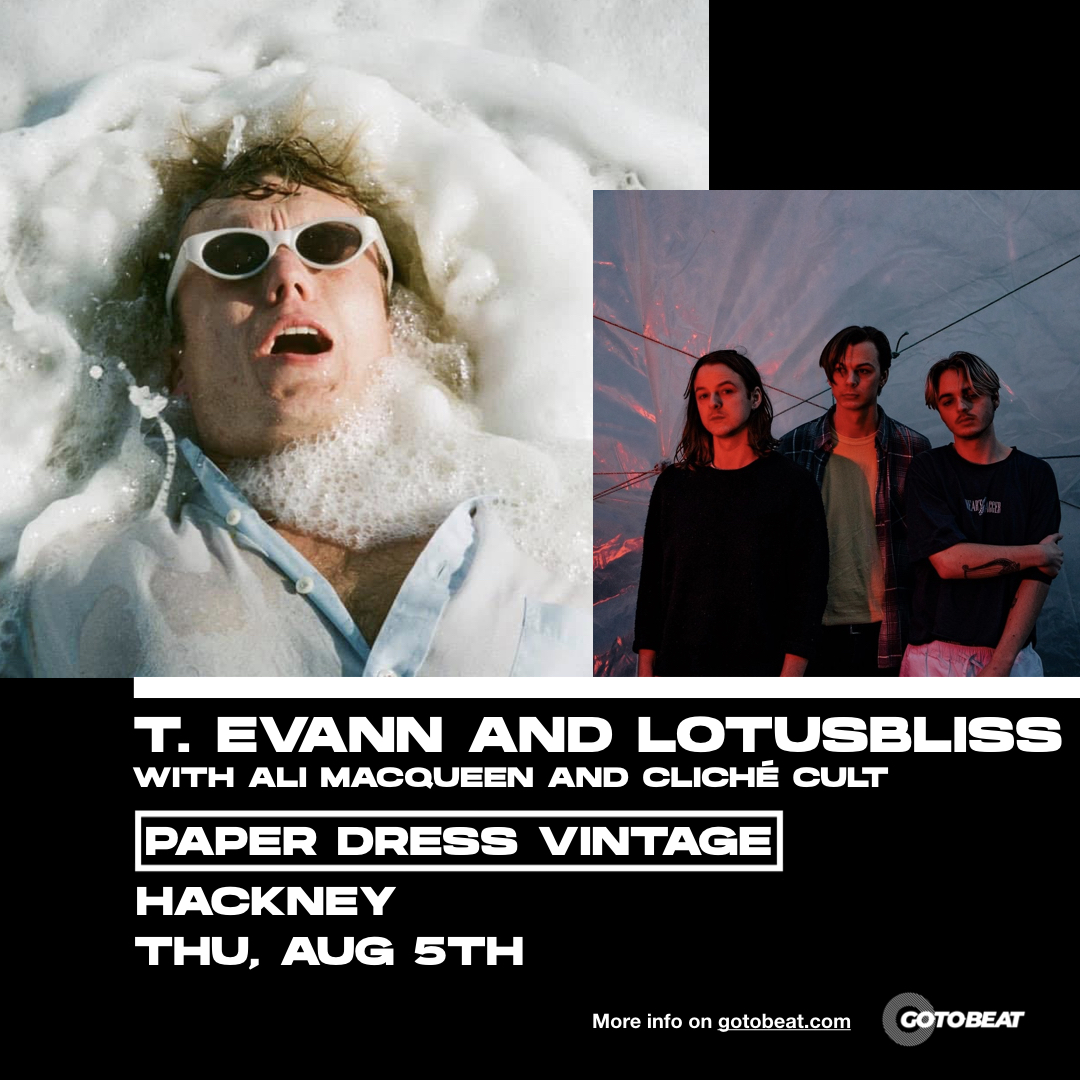 𝙏. 𝙀𝙫𝙖𝙣𝙣 – Having spent years playing in various collaborative projects that ranged from shoegaze and indie-rock to soulful hip-hop, T. Evann is the outlet for multi-instrumentalist Tyler Darrington’s solo endeavours. In 2019 Darrington brought the T. Evann project into the world with his self-released debut album ‘Give (Take)’ and soon caught the attention of the Bordeaux, France- based imprint Nice Guys, for whom he’s since released a handful of well-received singles (‘Television Sets’, ‘Clementine’ and ‘Best Year’). His new EP ‘Headblush’ was released December 8th via Nice Guys Records. It’s a collection of songs written and self-produced over a lockdown retreat to his childhood home on the Suffolk coast.

𝙡𝙤𝙩𝙪𝙨𝙗𝙡𝙞𝙨𝙨 – With an indie-rock sensibility, the sound of lotusbliss marries ambient soundscapes, high-octane guitar, raw lyricism and infectious melodies, whilst also taking advantage of the vocal similarity of siblings to blend their voices in and out of unison and harmony.

𝘼𝙡𝙞 𝙈𝙖𝙘𝙌𝙪𝙚𝙚𝙣 – With comparisons drawn to Neil Young, The Beta Band, Radiohead, and Sea Change-era Beck, It’s been described as “Widescreen Alt-Rock” by Adam Gardner at I Said Yeah, who added, “Loretto serves as something of a mission statement that promises more riches in the future”.

𝘾𝙡𝙞𝙘𝙝𝙚́ 𝘾𝙪𝙡𝙩 – Formed in June 2020 and born out of the first lockdown in the UK, Cliché Cult haven’t been together long but have big plans for the future. Based in Leeds, UK they are adding to an already vibrant and diverse music scene, and with hopes to finally play live in 2021 they aren’t going to be one you want to miss