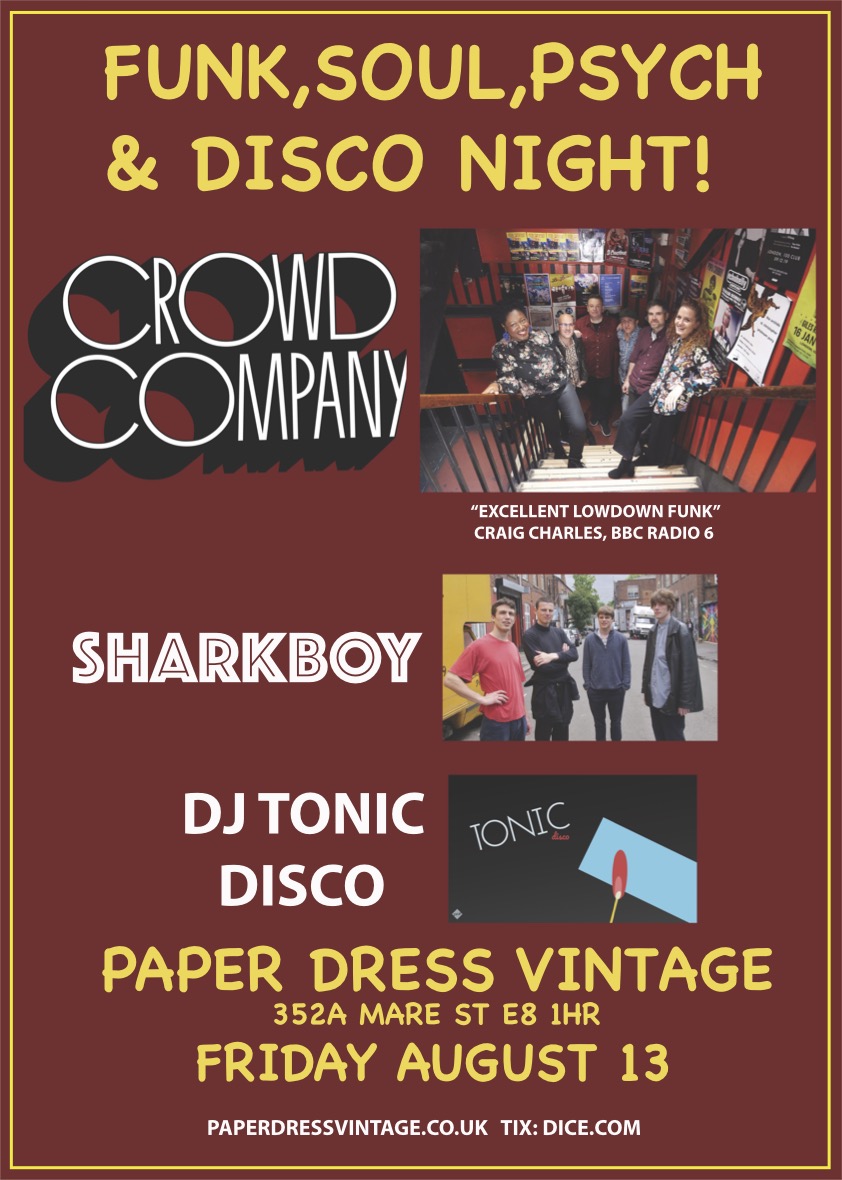 This event was previously scheduled for 21 March 2020, but will now take place on Fri 13 August – we’ve been waiting a long time for this one, hope you can join us!

Headlining is one of THE top funk bands in the UK – CROWD COMPANY – an 8 piece band with a modern take on 70s soul funk. The band is known for rich songwriting combined with catchy hooks and features three outstanding soulful vocalists, coupled with in-the-pocket heavy grooves, Hammond organ, horn playing, tasteful guitar playing and more.Currently riding high following the release of their new album this band is being championed by Craig Charles of BBC Radio 6. He calls them “Top Class!” and their 2019 single was one of his ‘Best Releases of 2019’. Their new album is one of his ‘Top Picks for 2020’.

SHARKBOYA fantastic psych-jazz 4 piece, mesmerizing grooves, floating guitars and progressive synth lines that will put you in a blissfull trance.And after the live music TONIC DISCO will take you through to the small hours with Shennan (Dodecca) and Kenny Disco Nickson (Döner Meat Disco) bring you Tonic DiscoThis is Disco with a small “d”. Something for serious heads and casual toe-tappers alike. Expect anything from big disco cuts to afro-beat and moody dance. Music to make you smile, close your eyes and throw shapes to.