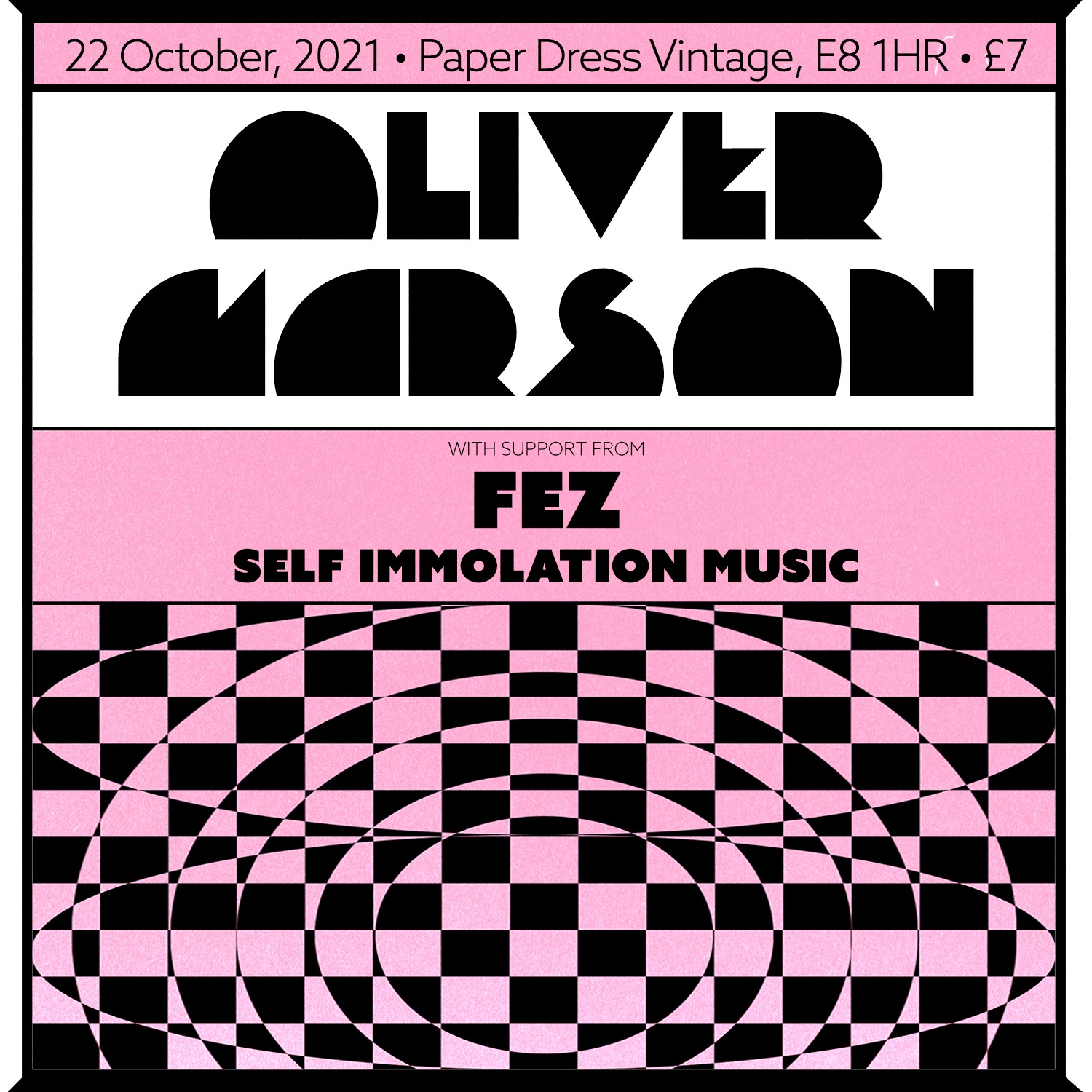 Paper Dress brings you a night under the sign of psych:

Oliver Marson: His music is full of surprises. What starts off as a formulaic pop song can often veer off into something completely different half way through. Marson wants to pull the rug from underneath the listener’s to keep them guessing and constantly on their toes. He has the ability to provoke, haunt and lift in one song. In Marson, we have a shadowy new wave rocker for the modern age

FEZ: Formed in January 2019, London-based FEZ are a blend of psychedelia and progressive rock that doesn’t simply embrace nostalgia for a bygone era of music but reinterprets their essence through a modern lens. With an equal emphasis on songwriting, sonics and improvisation, every member is at the forefront of the band’s music.