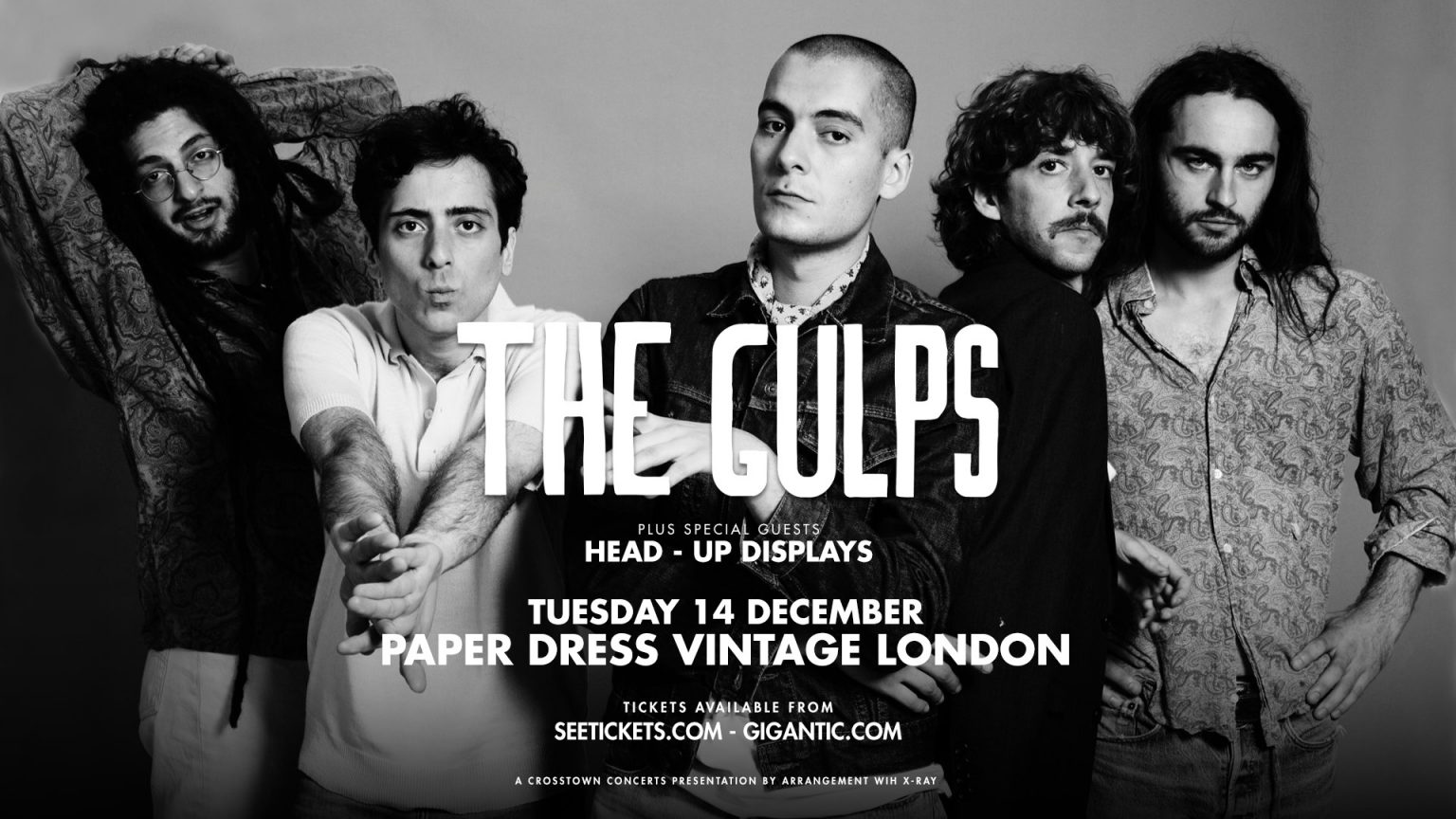 The Gulps – named after the effect they have on unsuspecting listeners – were a band that made things happen. Within six months they’d caught the ear of famed producer Youth and when Francesco spotted Creation records legend Alan McGee at a café in Borough Market he wasn’t going to let The Gulps’ perfect manager slip through his fingers.

Alan loved the band and the urgent, Strokesy track called ‘Stuck In The City’, about “the emptiness of living in a capitalist system in a big city mixed with the dreams of making something. It has kind of a Bukowski spirit. It’s about London and the spirit of being young and wild and stuck, but not stuck. The system gives you lots of things but it doesn’t give you anything. It’s full of emptiness.”