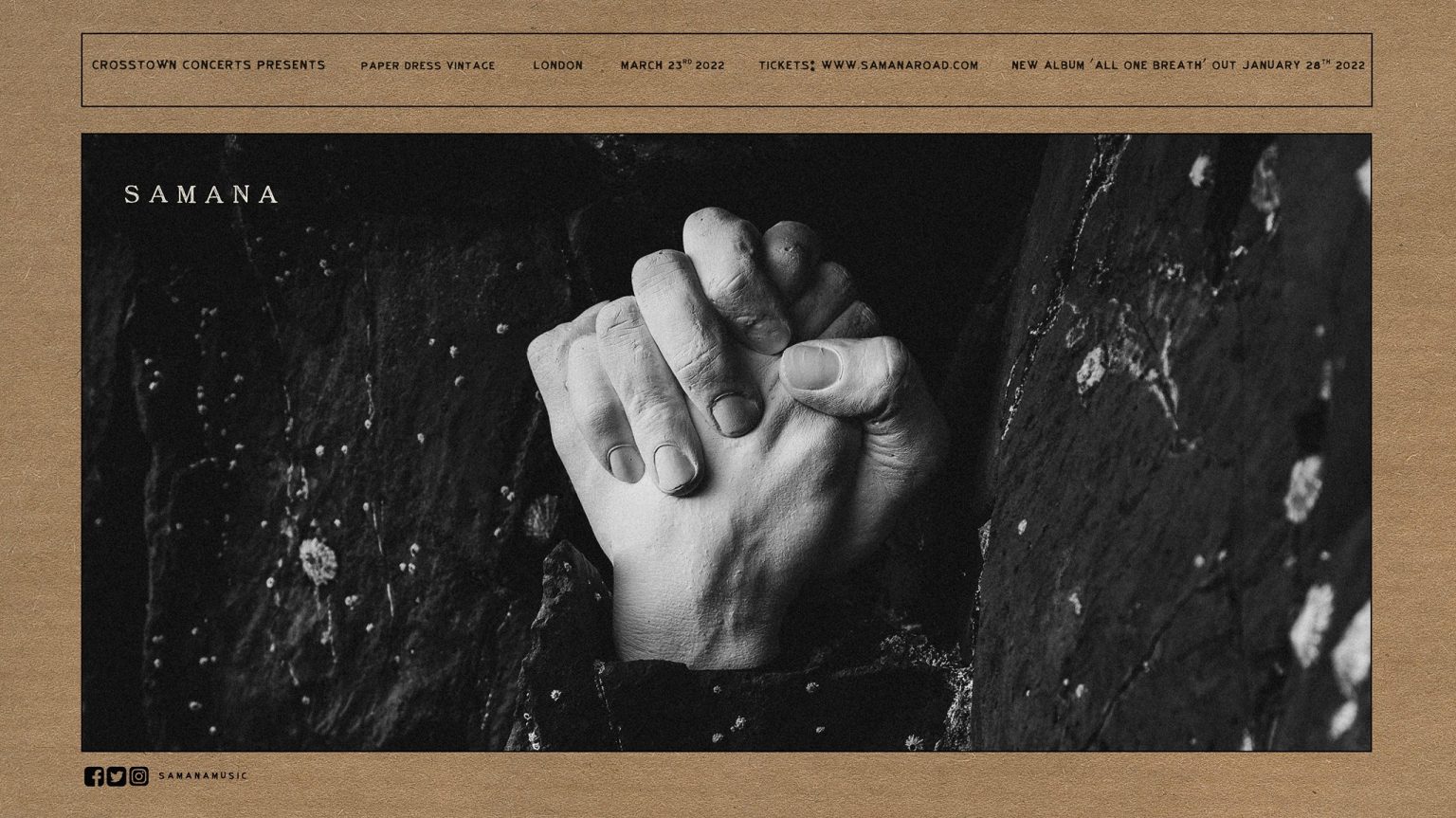 Having spent two years rebuilding a Georgian farmhouse in the wild Welsh countryside, Rebecca Rose Harris and Franklin Mockett filled their car with a refined selection of instruments and a tape machine and headed to France for a three-week residency in early 2020. However, the world had different ideas and before the end of the first week they were given a simple choice: head home immediately or stay and ride out the incoming lockdown which would force the closure of all borders indefinitely.

They decided to stay and keep working, a decision which would lead to a new record – the duo’s second full-length album following 2019’s ‘Ascension’ LP, which was richly championed by Elbow’s Guy Garvey. ‘All One Breath’, continues Samana’s enthralling musical journey, weaving between various musical styles and influences, from progressive folk to an experimental, transcendental take on soul, blues, and rock.
Bound by the limitations of those select few instruments and tape machine they had brought with them, Samana used their work to mirror the environment where it was brought to life. “We were guided by the pulse and narrative of each song as it came into fruition,” they say of the songwriting experience they undertook, “be that as a subconscious improvisation, or as a deep reflection and rumination on a dream. ‘All One Breath’ feels to be more of an archipelago than
that of a single world or landscape.”