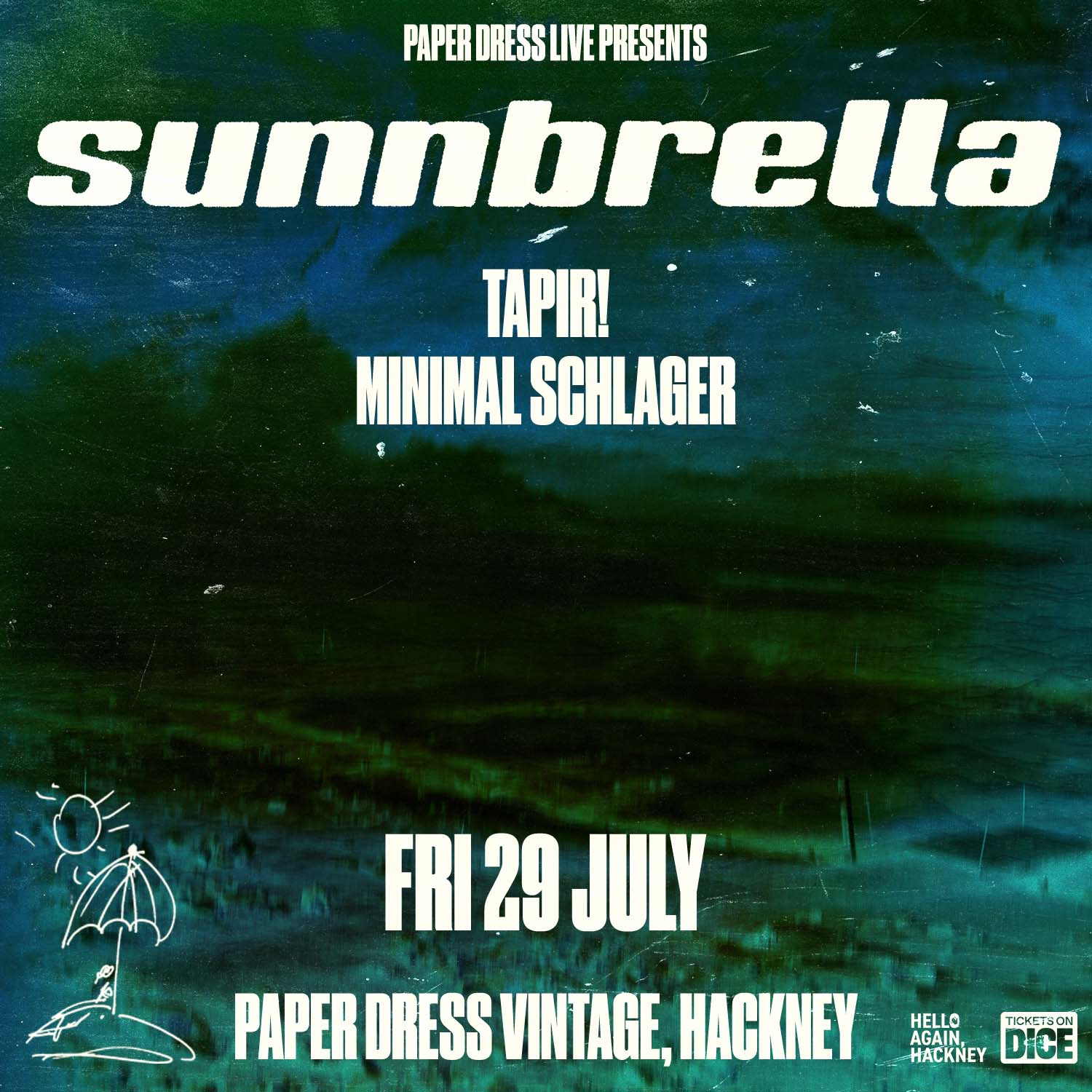 Sunnbrella is the brainchild of multi-instrumentist David Zbirka:
His music is built on crisp guitar walls, lo-fi bedroom beats, and cold-pop vocal melodies. Sunnbrella’s sound is grandiose, heavily tinted by the shoegaze wave and warped in a melancholic 90s vision.

Drawing inspiration from the likes of Harry Nilsson, Richard Dawson, Little Wings and Spellling, Tapir! tell the story of ‘Pilgrim’, a creature embarking on an adventure through a fictional universe made up of green hills and red creatures, unearthing its history and meeting allsorts of other characters along the way.

This show is part of the ‘Hello Again, Hackney’ series which Hackney Council are running to encourage local residents to return to the borough’s grassroots music venues after a very difficult period.