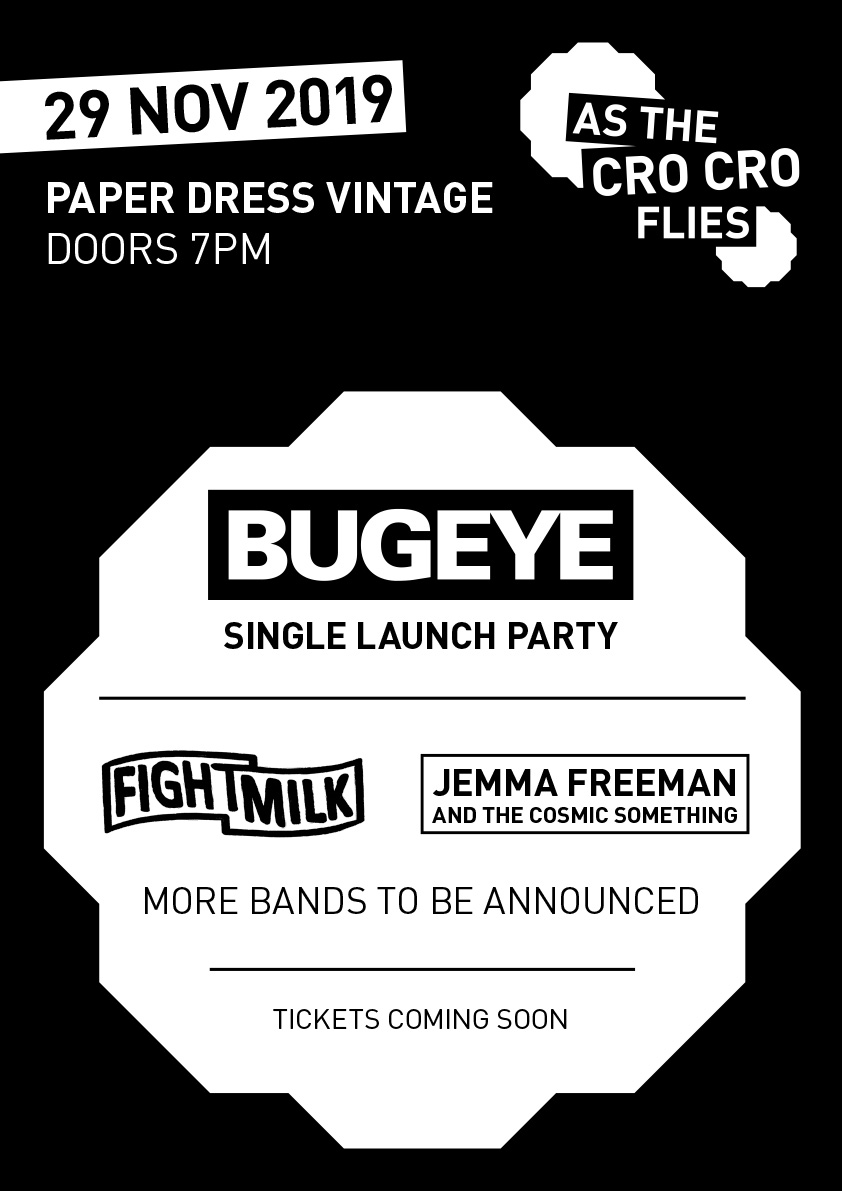 Join us as part of Cro Cro Land Festivals sister brand, As The Cro Cro Flies at Paper Dress Vintage for a Christmas showcase of bands and single launch party for Bugeye.

Expect disco punks and indie sparks flying high followed by an after party with Paper Dress 80s Club until the wee small hours!

Bugeye Disco punk pop femme-4-piece from London. Fresh off the tour wagon with She Drew The Gun. This is their launch gig for their brand new single ‘Electric’ – Expect buzz-saw guitar, punch in the face bass, disco beats and more hooks than you can shake a stick at.

Fightmilk The London four-piece released their debut album Not With That Attitude on 2 November 2018 via Reckless Yes. They create sweaty, loud, shouty pop songs about crushing hard, acting out, and running away to solve crimes in Sweden. Blending acerbic lyrics with riffs galore and the urge to dance when you least expect it, Fightmilk revel in a certain inexplicable 90s nostalgia.

Jemma Freeman & The Cosmic Something Lush guitar tones and introspective psychedelic lyrics bound together with unbounded energy. Colliding themes of secret worlds, hidden agendas, apathy and anxiety, Jemma’s sonorous voice tells a story of unravelling completely and tying yourself back up again.

After the live music…

This will be the last Paper Dress 80s Club of the year so we’re planning to go out in style!