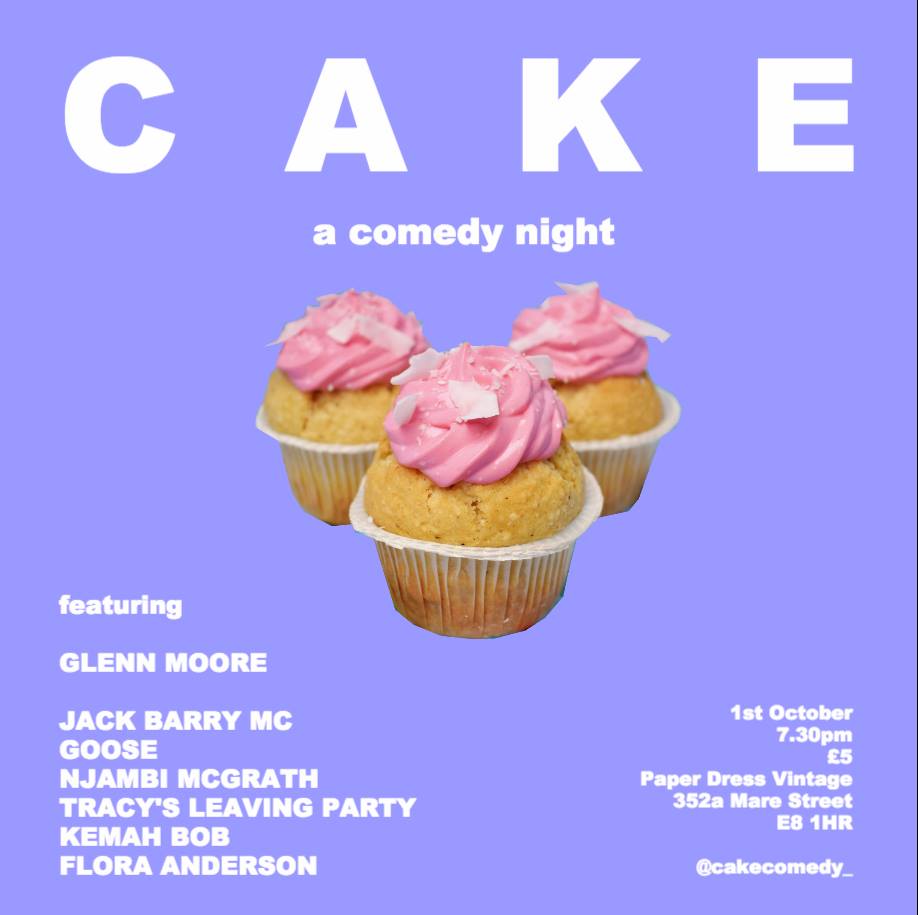 Hot new comedy by the slice, every month at Paper Dress courtesy of CAKE!

“A pleasing, assured presence…a degree of skill that belies his youth.” Fest

“Fast paced, tightly written and technically brilliant…a rare talent you should see as soon as you can” ★★★★ The Skinny

“Sparkles with wit…you just have to submit to this force of nature, until it deposits you, dizzy but exhilarated” ★★★★ Chortle

host of FOC IT UP! comedy club!

star of BBC3 and The Guilty Feminist podcast

“Enjoyably shambolic…unpredictably funny, its performers both talented and a joy to spend time with” The Skinny

The Telegraph 20 Funniest One Liners of the Edinburgh fringe 2017

“One to Watch” Funny Women

PLUS YOUR SWEET AND SPOOKY HEADLINER

“Relentlessly silly and gag-laden – a potential comedy great” ★★★★ The List

“A class act, undoubtedly bound for greatness” – The Herald