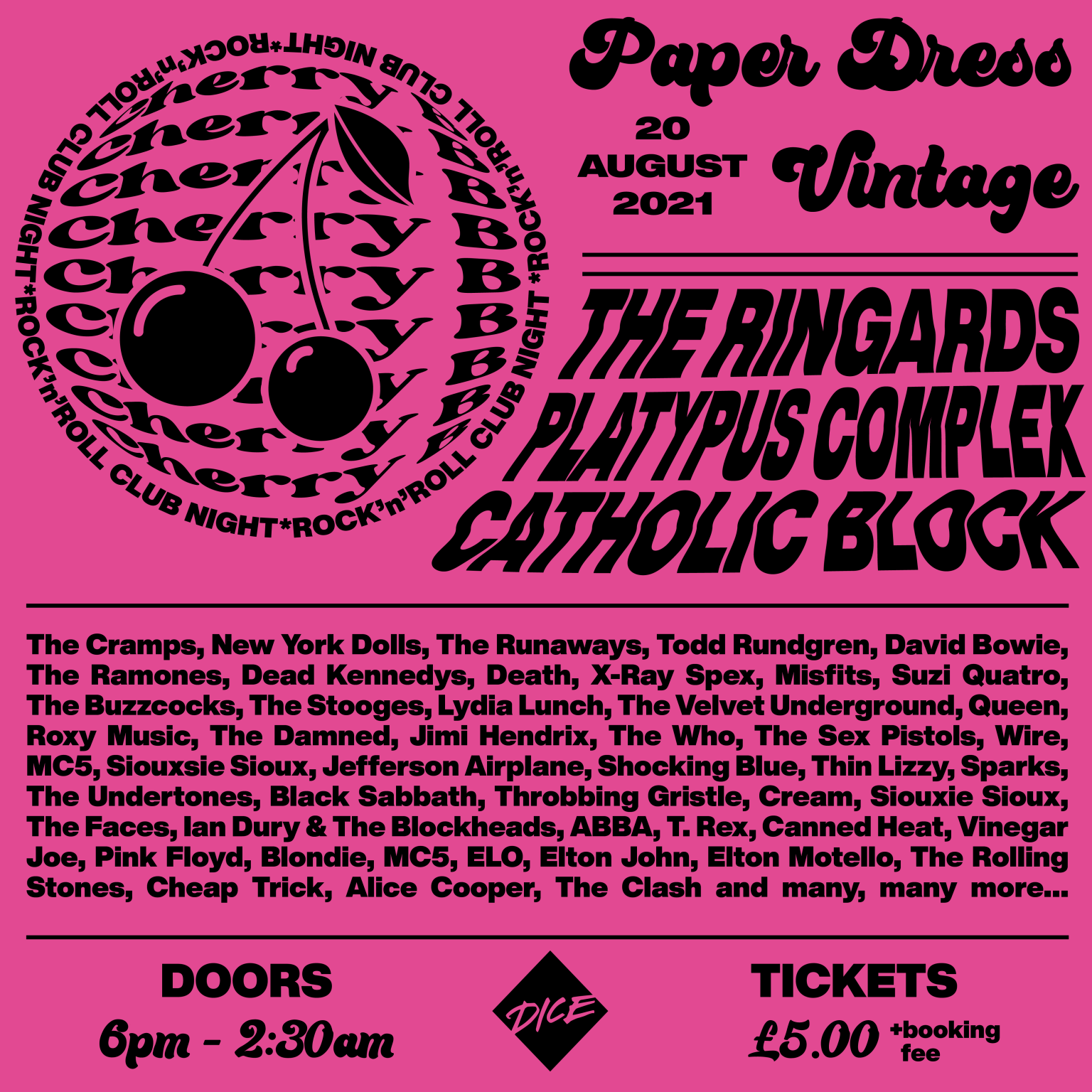 Get ready to get your mind blown and your feet stompin’ on the dance floor for the first Cherry B night back at Paper Dress Vintage!

We’re bringing some of the most exciting bands to the stage for this special occasion:

The Ringards, our most beloved and devilish avant-garde and post-punk East London band, they’ll make sure that you don’t skip one beat throughout their entire set.

Platypus Complex, they are a 5 piece all female band based in London which consists of multi-instrumentalists and artist from different backgrounds and disciplines, bringing their different influences to their sound and approach. An eclectic mix of genres ranging all the way from Latin American beats, to a mix of acid folk and psych rock.

Catholic Block, is Michele Telarini’s (Qlowski) solo project:
Synthesizer driven tunes, heavy drum machine use, hystrionics and sometimes crooning vocal performance, he sings about dead cops, the bleakness of dating apps and life in it’s many aspects. Definitely a one of a kind performer.

After the live music, Cherry B DJs will be playing all sorts of rock ‘n’ roll stompers till 3am