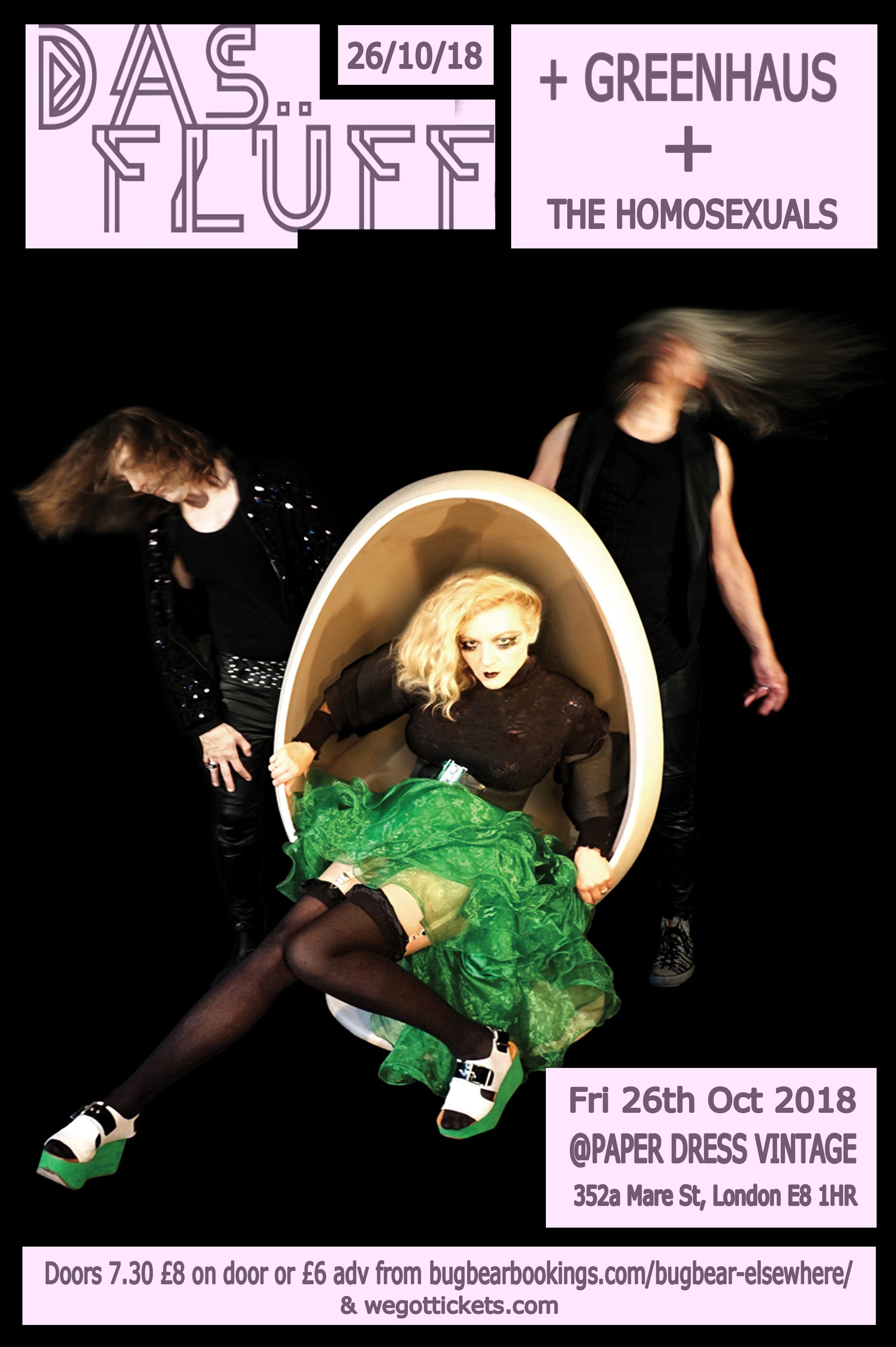 DAS FLUFF
‘Like unconscious thought throbbing its way to the light, DAS FLÜFF bites the head off mainstream music. Fusing synths, theremins and guitars with the siren’s call, this sound reflects your darkest fears and desires in a mirror ball.’ (Mutig Music)

‘Anxiety Dreams is a release with so much in its intrigue carrying layers and diverse depths that each outing is a fresh adventure. We were already locked in an on-going affair with Flower With Knife but quite simply its successor leaves it trapped in its shadows as Das Fluff treads a whole new plateau of creative sorcery.’ (RingmasterReview)

GREENHAUS
A stark and startling post punk electro-conceptual outfit originally founded by Steve Bellamy, Frank Drake and Andy Page in the late 1990‘s, with releases under the Beggars Banquet and Kickin’ Records. Greenhaus have just released their 5th studio album which boldly adventures into sounds marking new and exciting territories for the band.

BRUNO WIZARD (The Rejects/The Homosexuals)
The legendary punk visionary Bruno Wizard will be performing. and ANYTHING could happen!

And after the live music we have