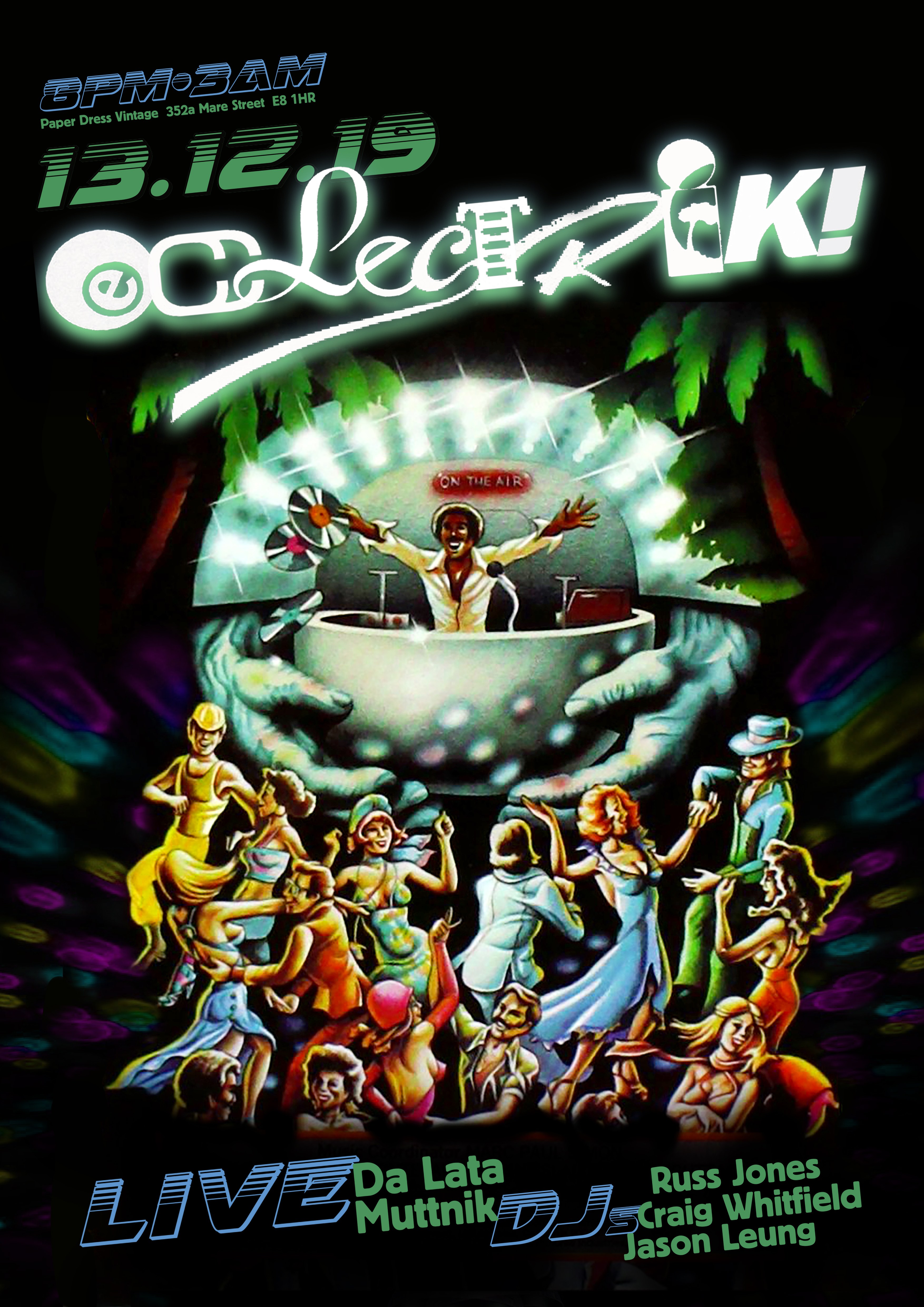 Join us on Friday 13 December for an evening of Brazilian Beats, Afro House & Soulful Grooves as Da Lata bring a Brazilian explosion to Eclectrik! for our Christmas party instalment!

Da Lata is led by Chris Franck and Patrick Forge with a cast of top musicians from around the world!

Muttnik is a high energy Cosmic Funk trio based in London. With a blended mixture of Jazz, Funk, Soul and Disco influences, they create a unique, chest hitting sound that is guaranteed to get you up and moving.

The solid, grooving pulse of the drums mixed with crazy, cosmic like sounds from the keyboards, fused with burning, outlandish sax lines will leave you wondering how just 3 people can make such a large sound.

Muttnik is truly a band that is out of this world!

Drawing influence from the likes of The Cure and Orange Juice alongside contemporaries such as Phoenix and Rolling Blackouts Coastal Fever – they combine sharp, earnest songwriting with the beguiling melancholy of early 80’s guitar pop.

Eclectrik is a bi-monthly club, enthralled to the 4/4 beat of House music but will always stray to its disco roots taking in jazz, Afrobeat, Latin rhythms and funk along the way.