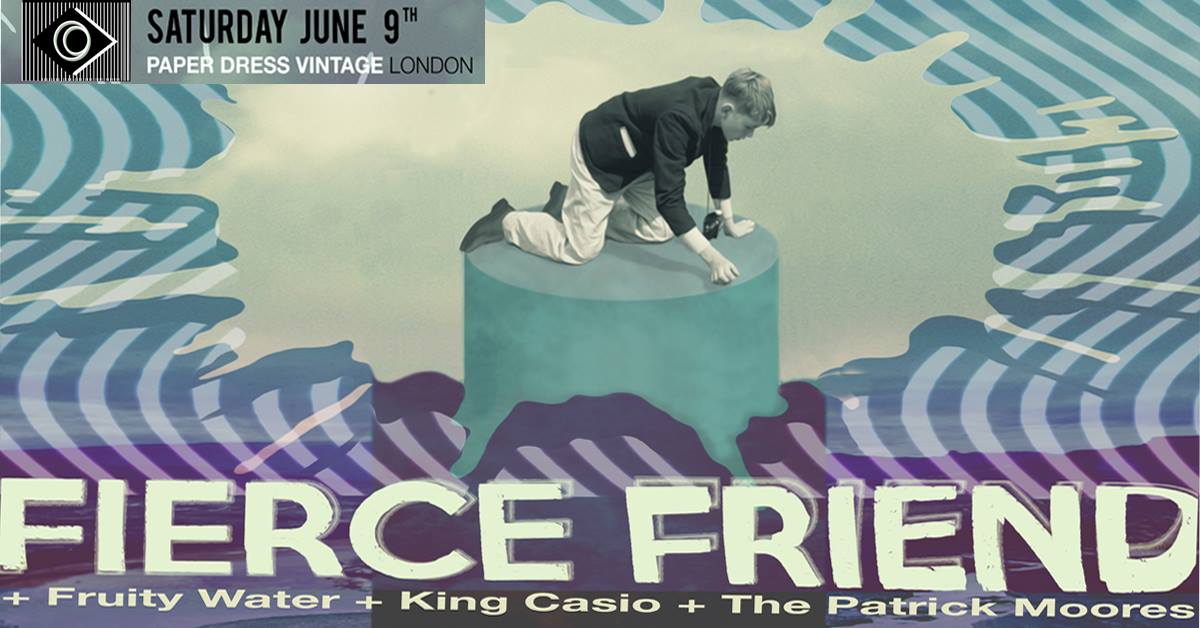 Brighton pop wizard Alan Grice, AKA Fierce Friend, releases his long-awaited debut record, Lies That Comfort You, via Chord Orchard this May. Produced with Electric Soft Parade’s Alex White, Lies That Comfort You is a total treat of an LP, taking in maximalist prog-pop, gently seductive passages and all-out noise – it’s also catchy as hell.
Listen to Single ‘Don’t Fade Me to White…

Fruity Water’s irreverent psych-pop sound features fizzy drum machines, swirling moogs and bittersweet pop harmonies. All these are present in spades on their dreamy debut album Wasted Summer, released in March on Big Salad Records. These pop gems will get stuck in your head but watch out as beneath the fresh citrus loveliness lies some dark irony.
Listen to the latest single ‘Dance With Me’…

King Casio is the brainchild of singer-songwriter, prodigy, piano virtuoso and general boy wonder Aaron King. Armed with the kind of songs Elliot Smith is now writing in the afterlife, and with the help of two Swedish mercenaries, expect strong melodies, well crafted arrangements, giallo goblin’esque 70s pop and maybe a even a Casio.
Listen here…

First formed in Brighton in 2009 from the ashes of several other unknown bands, The Patrick Moores sing quiet/loud (mostly quiet, occasionally inaudible) ditties, tragedy-laden piano numbers concerning lost casts, folk songs about mother and getting out of bed, and ballads on orienteering back home. There’s lot of words and an occasional tune. While they were once seven strong, the years have dwindled their numbers, with the music adjusting accordingly. Their first album – ‘Don’t Worry Pluto, I’m Not a Planet Either’ – has taken a decade to write, and will likely take another one to produce. Sounds like Randy Newman slowdancing with Black Francis on the moon, while Elliot Smith levitates, holding hands with Joni Mitchell, who’s playing the spoons, dressed as the stars, and Daniel Johnston mixes cocktails about constellations. Will make you laugh, cry and high-five.

Friends who live together DJ together! Fresh from their packed out show at Bae-cella the Watermint Quay-Js bring freshly cat tunes, from the first floor to the attic of their heavenly north London abode. With sounds ranging from 90s glitter pop, to naughty nautical noughties Bulgarian folk music and everything else in between the Quay-Js will glide across the musical spectrum like Torvill and Dean in their regal pomp. Expect the unexpected, balloon drops, no filler, unadulterated bangers until 1am. Special shout out to Aubrey Wylde, “yh boi!”