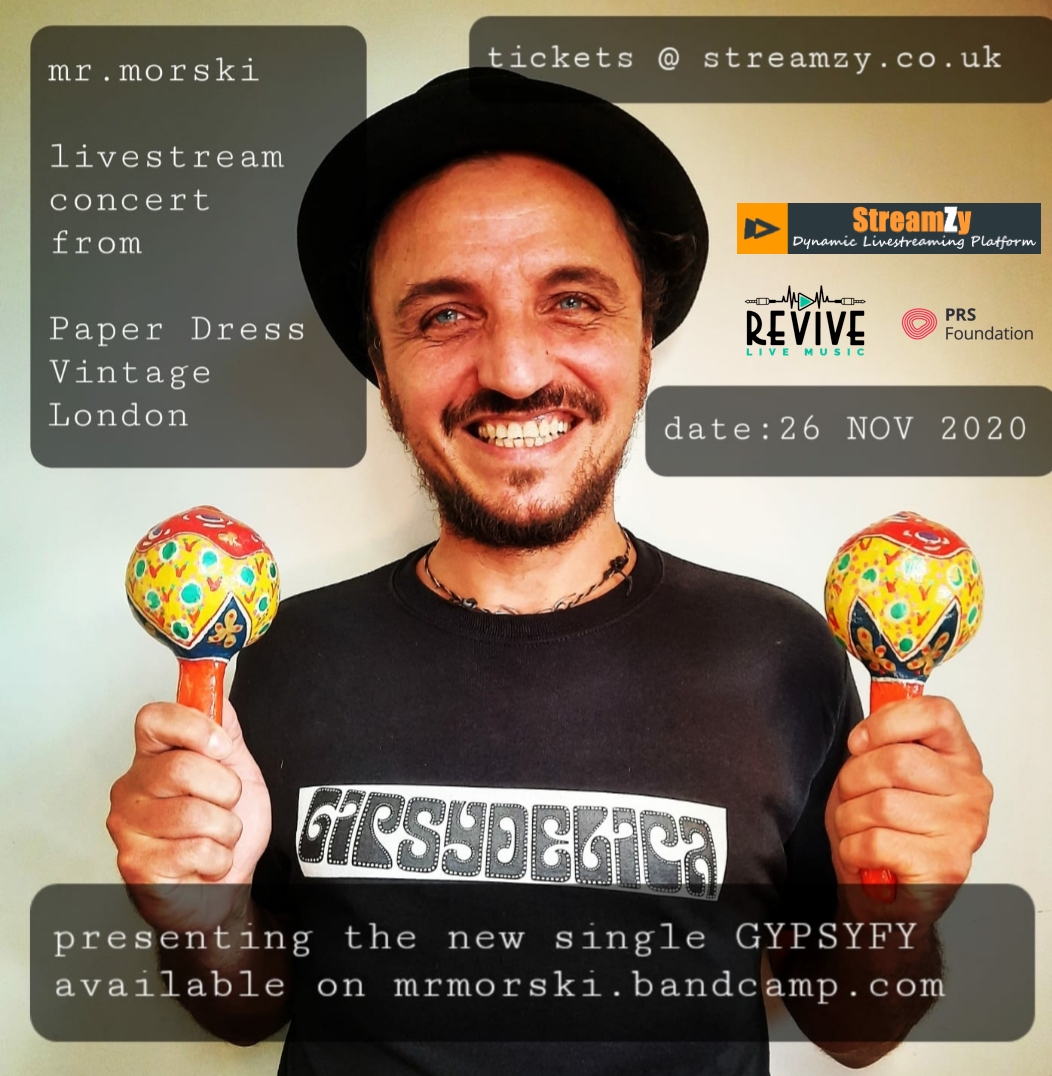 We may be locked down but music continues! Join us for a special live stream gig on Thursday 26 October with the wonderful Mr Morski as he launches his new single!

A true power trio of experienced players whose roots run deep and whose vision runs wild.

Get to know the band:

MIROSLAV MORSKI with his boundless exuberant energy is on guitars and vocals. A hero in his homeland of Bulgaria where he is behind the success of DJANGO ZE. He can be spotted also on the frontlines of the multinational collective THE TURBANS. His broad influences and understanding of multiple musical traditions make for a unique songwriter with an abundant imagination.

TANSAY OMAR on drums is a real master musician in his own right both on stage and in studio with huge mileage touring the world with big artists such as BJÖRK, BOY GEORGE and STEREO MC’s to name a few.

Sit back and groove along from the comfort of your own home!