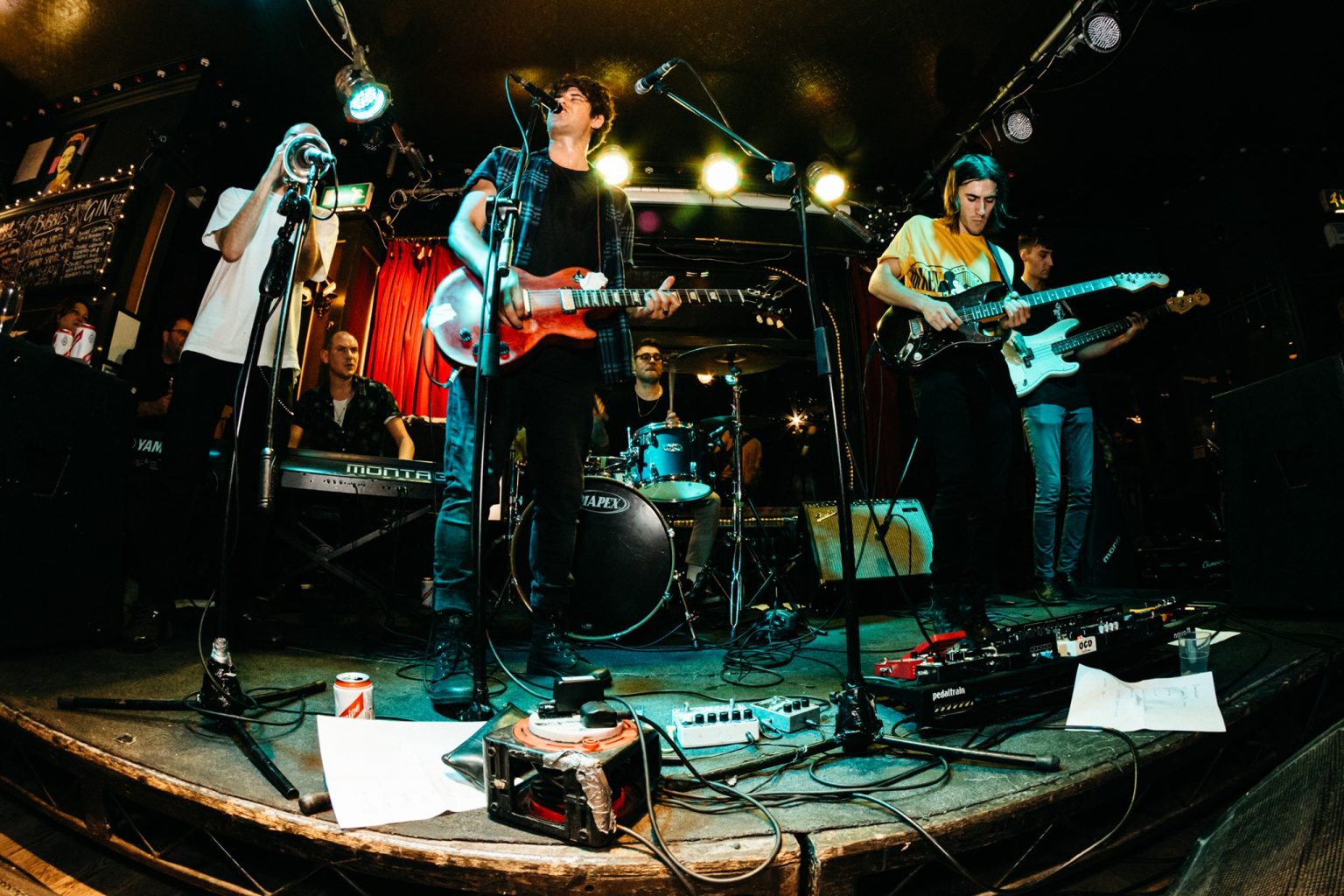 Gotobeat Birthday Party! With Longy + The Rotanas and Jennings Couch

Gotobeat is excited to team up with the Paper Dress Vintage to welcome an exceptional lineup on 𝗧𝘂𝗲𝘀𝗱𝗮𝘆, 𝗦𝗲𝗽𝘁𝗲𝗺𝗯𝗲𝗿 𝟳𝘁𝗵

𝗟𝗢𝗡𝗚𝗬 – Longy is a songsmith/producer from Southend-on-Sea, Essex, England. The seaside storyteller is heavy on endurance, calls his own music Gospel Trash, and likes to rustle your feathers whilst putting an arm around you, holding a mirror to your face. He picked up the guitar because of Buddy Holly, shouts like Little Richard and says he wanted to make music that sounded noisy, raw and that emulated street sounds. From his days of busking to 500 shows in a year, from breaking his back to chaos in Barcelona, band brawls, tour shambles and fights with promoters, it’s been a Peter Pan’s playground showdown and we haven’t even got an album out of him yet.

𝗧𝗛𝗘 𝗥𝗢𝗧𝗔𝗡𝗔𝗦 – “Anthemic Britpop sounds.” – Radio X “This band are just ticking all the boxes for me, and what a name! A great Welsh band. You can hear the Britpop influences.” – Gordon Smart, Radio X “Britpop inspired South Wales 4-piece with riffs to die for.” – Fred Perry Subculture. The Rotanas formed in Cardiff in May 2017. Their shared house soon became the venue for unofficial secret gigs as word spread about their music. Influenced by the great rock and roll bands of the 90s, they have expanded way beyond the iconic songs of the past to come up with a unique sound for the future which is both gritty and smooth; instantly catchy but also subtle and sophisticated.

The Rotanas have received airplay on BBC Radio Wales, BBC West Midlands, BBC In the West, BBC Hereford & Worcester, BBC Three Counties, BBC Radio Shropshire, Amazing Radio, Amazing Radio USA, RTE 2 FM and Sirius XM. Their single ‘Caught on Camera’ was named This Feeling’s Track Of The Week in November 2019 and was subsequently added to Radio X’s evening playlist. Highlights of their time as a band so far include selling out Cardiff’s iconic Clwb Ifor Bach, sharing stages with Black Grape, Pete Doherty, and Kyle Falconer of The View, and playing the 2019 Isle of Wight Festival. The Rotanas play stadium rock with a Britpop inspired vibe.

𝗝𝗘𝗡𝗡𝗜𝗡𝗚𝗦 𝗖𝗢𝗨𝗖𝗛 – Born in the wilderness of New York City, raised in rural England and made on the streets of London, Jennings Couch is someone who embraces change. Constantly bluring the line between organic and electronic music with his big, anthemic tracks, Jennings is aiming to create a unique sound that is completely his own, thanks to blending genres like alternative rock, hip hop, indie and Lo-Fi. The lyrics then deal with a range of philosophical, social, and scientific topics from physics to heartbreak and everything in between.

“What Jennings Couch is doing for the millennium is what Billy Idol did for the 1980s – push the envelope unapologetically marking his own paths and gaining followers at the same time. Vocally, Jennings Couch wears his heart on his sleeve and his experiences on his back.” – Artistic Echoes. Whether a result of his influences, travels, or tendency towards the obtuse, one this is certain: in an era of copycat faux-musicality, Jennings Couch is a refreshingly unique proposition.