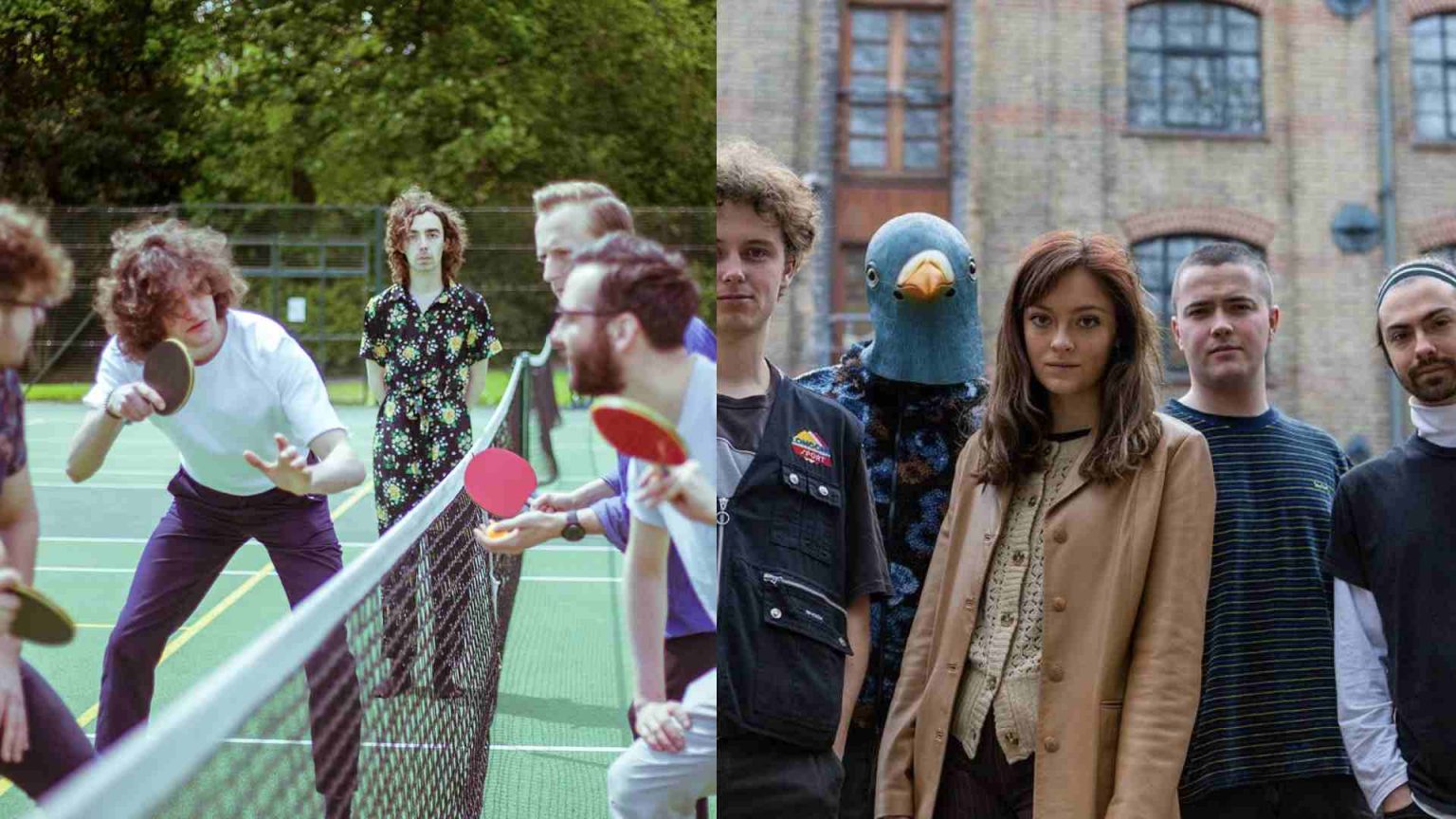 Gotobeat is excited to team up with Paper Dress Vintage to welcome an exceptional lineup on Wednesday, July 14th.𝙏𝙞𝙘𝙠𝙚𝙩𝙨 £9 (£8 + £1 𝙥𝙖𝙮𝙢𝙚𝙣𝙩 𝙛𝙚𝙚𝙨) 𝙊𝙣𝙡𝙞𝙣𝙚
𝙈𝙤𝙧𝙚 𝙊𝙣 𝙏𝙝𝙚 𝘿𝙤𝙤𝙧6𝙥𝙢 —> 𝘿𝙤𝙤𝙧𝙨
7𝙥𝙢 —> 𝙂𝙪𝙚𝙨𝙩𝙨
8𝙥𝙢 —> 𝙏𝙚𝙣𝙖𝙘𝙞𝙩𝙮
9𝙥𝙢 —> 𝙎𝙩𝙞𝙡𝙡 𝙋𝙞𝙜𝙚𝙤𝙣
10𝙥𝙢 —> 𝙆𝙞𝙙 𝙅𝙪𝙥𝙞𝙩𝙚𝙧𝙆𝙞𝙙 𝙅𝙪𝙥𝙞𝙩𝙚𝙧 – Kid Jupiter wants to make you smile, and will try very hard to do it.The group got off to a strong start in life, with national radio coverage of their a-cappella gender identity anthem “Grey Skirt“, described as “brave and beautiful” (Tom Robinson, BBC 6 Music). Further success came with their debut band single “Keeping Fit”, which landed on the official Hot New Bands playlist on Spotify.With live shows that fall somewhere between “oomph” and “fizz”, including support slots for This Is The Kit and Calva Louise at the Roundhouse, the five-piece continue to be the outfit for all occasions, with songs to accompany any scenario. Among these are multiple odes to modern masculinity, depictions of anxiety, and defiance in curiosity.𝙎𝙩𝙞𝙡𝙡 𝙋𝙞𝙜𝙚𝙤𝙣 – Formed in student digs and intimate music nights, Still Pigeon have been writing, producing and performing their own unique brand of alternative pop since 2018. Taking influence from Men I Trust, Easy Life and Crumb, the five-piece blend lush synths and playful sampling with a tight funk/indie inspired rhythm section to create a fresh, danceable contribution to the exciting sub-genre. Following up the release of their self-produced debut EP ‘Sunday Roost’ with Nice Guys Records, Still Pigeon are set to drop a series of singles in early 2021.𝙏𝙚𝙣𝙖𝙘𝙞𝙩𝙮 – Ula Wodarz, Daniel Lazenby, Simba Jindu and Tim Burghaus are the London-based band Tenacity.Blurring the lines between genres, their eclectic sound blends an alternative pop and rock framework with jazz harmony, electronic production, world fusion beats and ambient soundscapes.The four musicians have been relentlessly working on original material since they formed, releasing the EP ‘There/Gone’ (2019), which features the acclaimed single Nothing Else.Tenacity’s unique vision belongs on a stage. Over the past two years, the band has performed all around London, from tiny pubs to renowned venues.Now the future holds exciting things for Tenacity as they work on a new chapter in the band’s universe. Stay tuned for more.