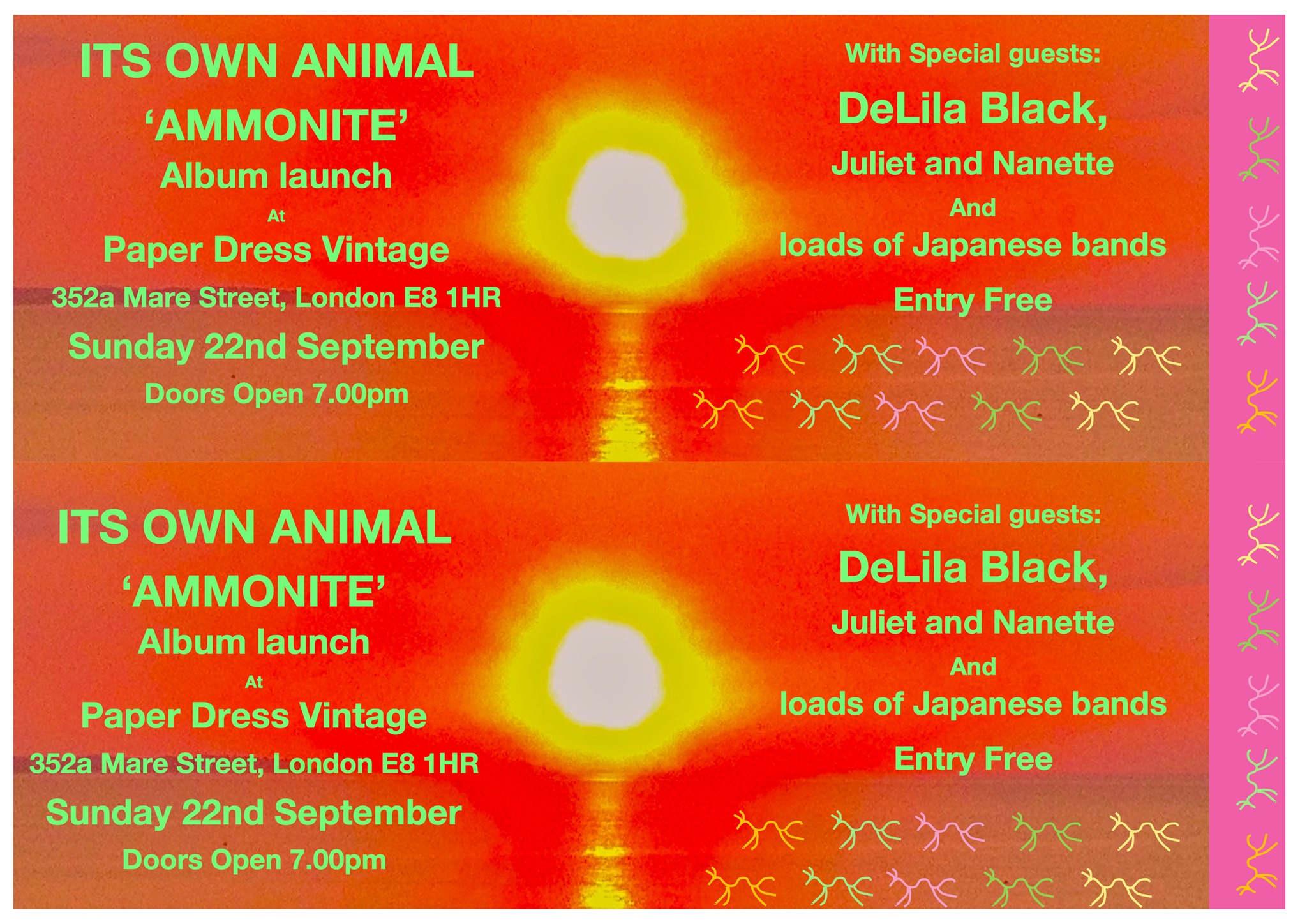 Its Own Animal Album Launch!

Its Own Animal will be launching their new album: Ammonite at Paper Dress Vintage on Sunday 22nd September from 7.00 pm.

RSVP to the Facebook event page for more info here!

ITS OWN ANIMAL, Garry Minto, is an East London based musician and producer who makes complex and varied indie / alternative music. The music has been described as alt electro rock and alt electro dance pop, and indeed ‘Song-scapes’.

IOA have released 2 albums since 2015: MASTS with the wonderful Jo Stockwell on vocals and the expansive solo project SUGAR PILL.

IOA will be releasing their new album AMMONITE in September / October.

The ITS OWN ANIMAL name refers to people who go their own way and don’t conform to expectations. This is Garry’s aim in music. To try to go beyond.

Garry was the bass player / percussionist and programmer in the seminal 80’s punk-funk band HEADS ON STICKS who were described by the NME as ‘party music for the disturbed’. They released one album, ‘SECOND FEED’.

Garry later headed deep house band HOS, who were a prominent live act on the house scene and self released the singles ‘Sleeper’ and ‘Come on Home’.

Garry retired from music, brought up his kids and started writing again 5 years ago, forming ITS OWN ANIMAL and setting up LAPWING SOUNDS STUDIOS and PINK ELEPHANT RECORDINGS.

Garry’s new album AMMONITE will be launched at Paper Dress Vintage in Hackney on the 22nd of September.

Imagine KD Lang, Grace Jones and Jack White at church, then imagine them at Fight Club.

With roots going back to the mountains of Haiti and the hills of Tallahassee Florida, DeLila Black sings tales of love, longing, betrayal and vengeance that evoke an atmosphere of Country-Noire.

Having recorded with the late Mr. Tom Paley, DeLila went on to create music visuals that have captured the eye of producer Tony Visconti.

Jumping from traditional to modern and back, DeLila creates her Electro-Mountain sound accompanied by The Life and Death’s Justin Buckley on guitar.

Inspired by the energy of the New York indie rock scene of the early 2000s as well as the intimacy of modern R&B, loads of Japanese bands are calling all outcasts and outsiders to the dark disco. This is propulsive, melancholy, guitar-driven music for those who want to dance through the misery as well as the joy.

SADDESTNIGHTOUT is where Roy explores the current music scene of London; loads of Japanese bands is where he soundtracks its post-apocalyptic future.

Juliet is a pianist and singer-songwriter. Her songs are sad, beautiful, and dark, and her singing emotional, raw, and passionate. Nanette’s cello threads its bittersweet richness through these heartbreaking stories of loss.

These are sad songs for bad times.