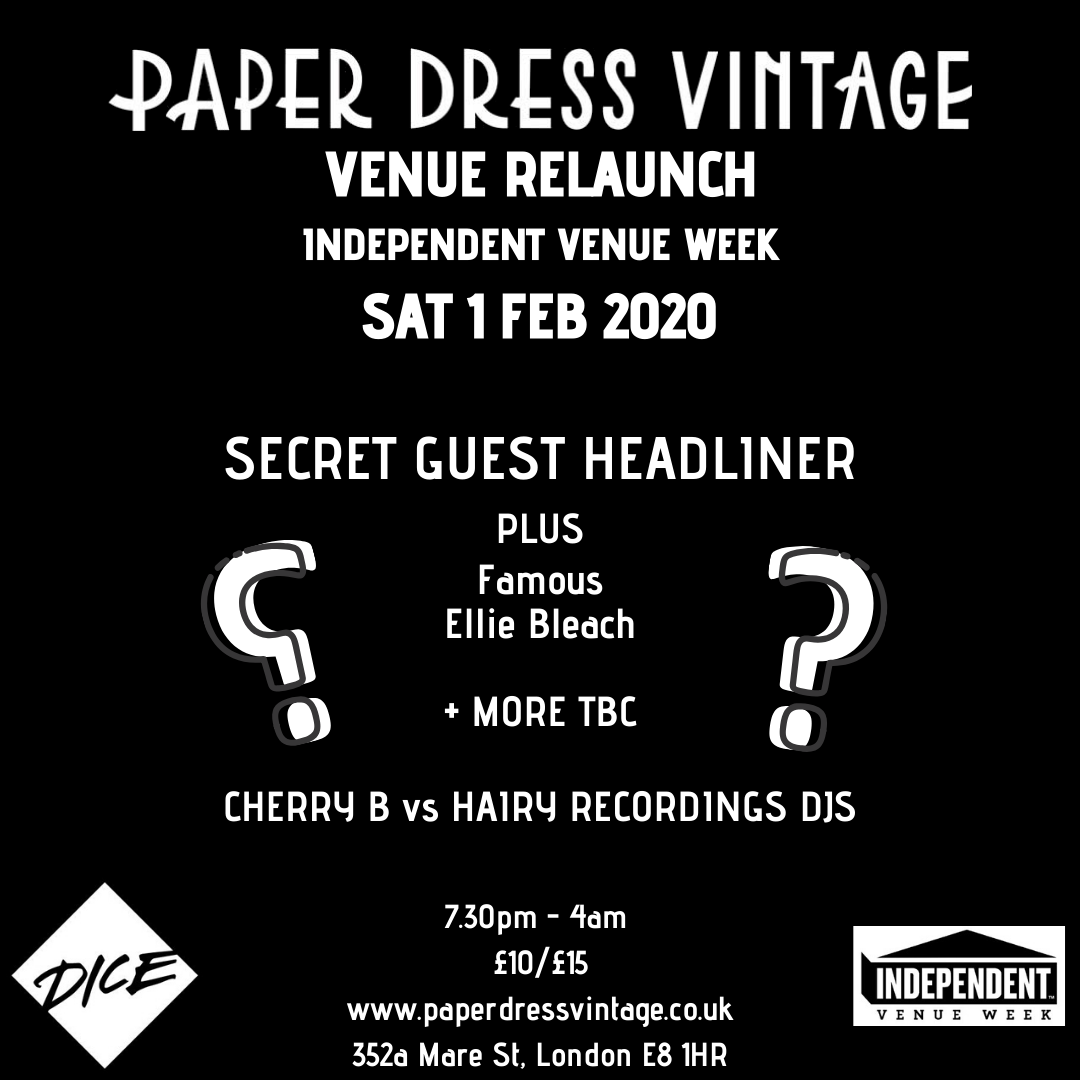 We’re putting on a huge party to relaunch the venue for Independent Venue Week 2020 following our Arts Council grant and the installation of our new PA & lighting rig with a very special guest headliner… who we can now finally unveil as international psych explorers Flamingods!

They played their first ever gig with us in the shop window back in 2010 and have since gone on to sell out Village Underground, tour the world and play on festival main stages – not only that they’re an awesome live act, a great opportunity to catch them up close and personal…

Support comes from Famous & Ellie Bleach also playing live and Hairy Recordings DJs spinning the best in World, Funk & Soul. After the live music Jordan & Oli from Telegram / Unexpected Gains will be running 70’s club night Cherry B till 3am

Plus more to be announced!

International psych explorers Flamingods released their celebratory fourth album ‘Levitation’ on 3 May 2019 via Moshi Moshi Records. Inspired largely by the disco, funk and psychedelic sounds coming out of the Middle East and South Asia in the 70s, the album channels these influences through a vision soaked in mysticism, positivity and sun-drenched imagery.

The band have spent the last 10 years touring the world and getting people dancing to their unique brand of exotic psychedelia with big shows at End of the Road, Glastonbury, Green Man, Latitude, SXSW and more, not to mention multiple sessions on 6Music and appearances on Boiler Room and KEXP.