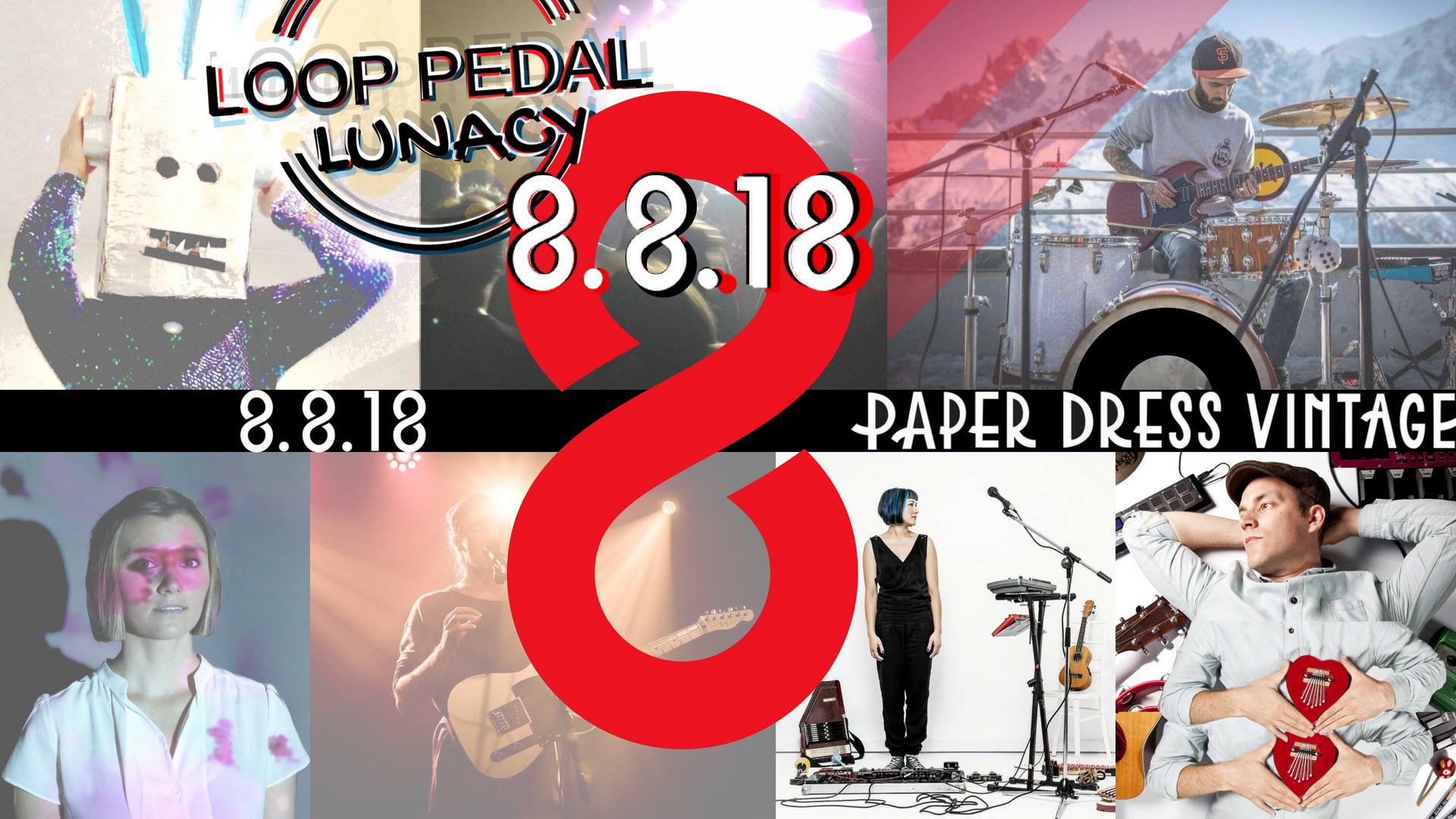 Steve Strong is a one man arsenal of beats, tapped guitar and lush, textural melodies. His music is as witheld as it is grandiose, as skeletal as it is layered, equal parts shimmering and pulsing. It glimmers, swings and explodes in all the right places, sliding gracefully from one section to another, played as tightly as it is loose and free. Steve’s ability to bridge the gap between technical ability and captivation is completely instinctual, tattoed onto his musical concious like the art on his body. His music seems to encompass many different styles without feeling contrived or forced, every strand of inspiration in steve’s music is carefully placed and melted. This music will not be held down!

Edgy, raw, beatbox and bass driven sensual sounds, layered to perfection to create a mesmerising performance which is powerful yet ethereal.
Award winning loop artist Suzy Condrad effortlessly juggles instruments and genres with a dynamic and arresting one woman show which has amazed and delighted audiences from Shambala to Boomtown Fair, Bearded Theory to Beautiful Days. Dancehall, ska, doo wop, folk and electro collide with blistering beats and haunting, sublime vocal gymnastics to take you on an ever-looping journey which balances real-time loop juggling against timeless songwriting.

A seasoned performer and authentic underground artist who has written and self-produced three albums and established herself as a leader in her field, winning the title of Boss Looping UK Champion (2011).

Woman meets machine in a musical maelstrom that will make your head spin, your spirit lift and your feet move.

Bristol based singer/songwriter and multi-instrumental loop pedal artist.
Already compared by reviewers to the likes of Bill Withers, John Martyn and Jeff Buckley, Alex Taylor is one of the shining lights of the acoustic scene and a troubadour of world-class standing.

His “Dynamic solo shows” are filled with energetic beats and intense and passionate vocal delivery, paired with dextrous and original acoustic guitar playing “using pedals and loops to create a wall of sound” – Maverick Magazine ****

Drawing on varied influences from a wide musical spectrum, Alex’s unique style splices elements of soul, nu-folk and electronica to place his shape‐shifting voice firmly in the spotlight.

A festival favourite, Alex recently headlined the BBC stage at Bristol’s Harbour Festival, and has played many other stages including Cambridge Folk Festival and Cheltenham Jazz Festival.

Touring extensively, Alex has notched up hundreds of gigs, sharing stages with such luminaries as Jack Savoretti, Roachford and Michael Kiwanuka.

With festivals and tour dates in the pipeline, and a brand new studio album set for release later this year, 2018 is looking good for Alex Taylor.

Since an early age, Sam has written and performed his own music around the UK, both supporting and headlining on nation wide tours. In 2010 he recorded his first independent solo EP and has since recorded three studio EP’s which have gained a mass following in the UK and Europe as well as Australia and North America. With musical styles ranging from Blues, Jazz and Alternative Soul, Sam’s vocal and instrumental ability is testement to both his inspirations and musical evolution.
Sam recently played at TV Nights Upstairs at Ronnie Scott’s and will no doubt dazzle each new audience with his vocal, guitar playing and loop pedal skills.