“In the quest to identify the roots of Rock n Roll, all roads lead to Memphis.”

Take a trip with us to Memphis, Tennessee, 1961 as we celebrate Paper Dress Vintage’s 11th birthday by getting down to influential strains of blues, soul & rock ‘n’ roll that originated there..

We have 4 very special guest live acts performing on the night in the shape of Soul dons Soul Grenades, Robert Ray will be pulling together a lineup of top notch musicians for Robert Ray’s Memphis Revue, Felix Holt and The Radicals will capture the spirit of country & RnR and Iago Banet opens up with a set of country blues.

Between and after the bands there’ll be vinyl-only DJ sets from Worth Wagers & Perri Kaye till the early hours.

ROBERT RAY’S MEMPHIS REVUE
Taking you back to those iconic years in Memphis, where everything came together at the birthplace of rock n roll…

Ray’s Presley-esque vocal will guide you through the back catalogue of Sun Studios, including hits from Johnny Cash, Roy Orbison and Carl Perkins and expect some raunchy R’n’B classics from the likes of Rosco Gordon, Rufus Thomas and Memphis Slim.

IAGO BANET
Iago Banet, acoustic guitarist from Galicia, Spain. It may be acoustic but don’t expect a quiet set. Formerly of JFK Blue and Deep Blue Sea, Iago, presents a set of country blues; a bunch of original compositions included in his solo album ‘The world is not ready for my voice’ 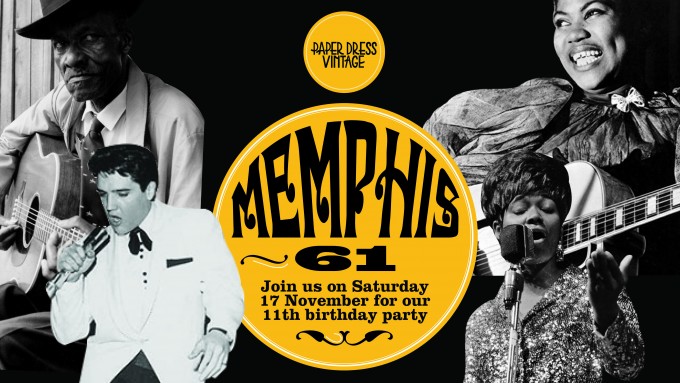