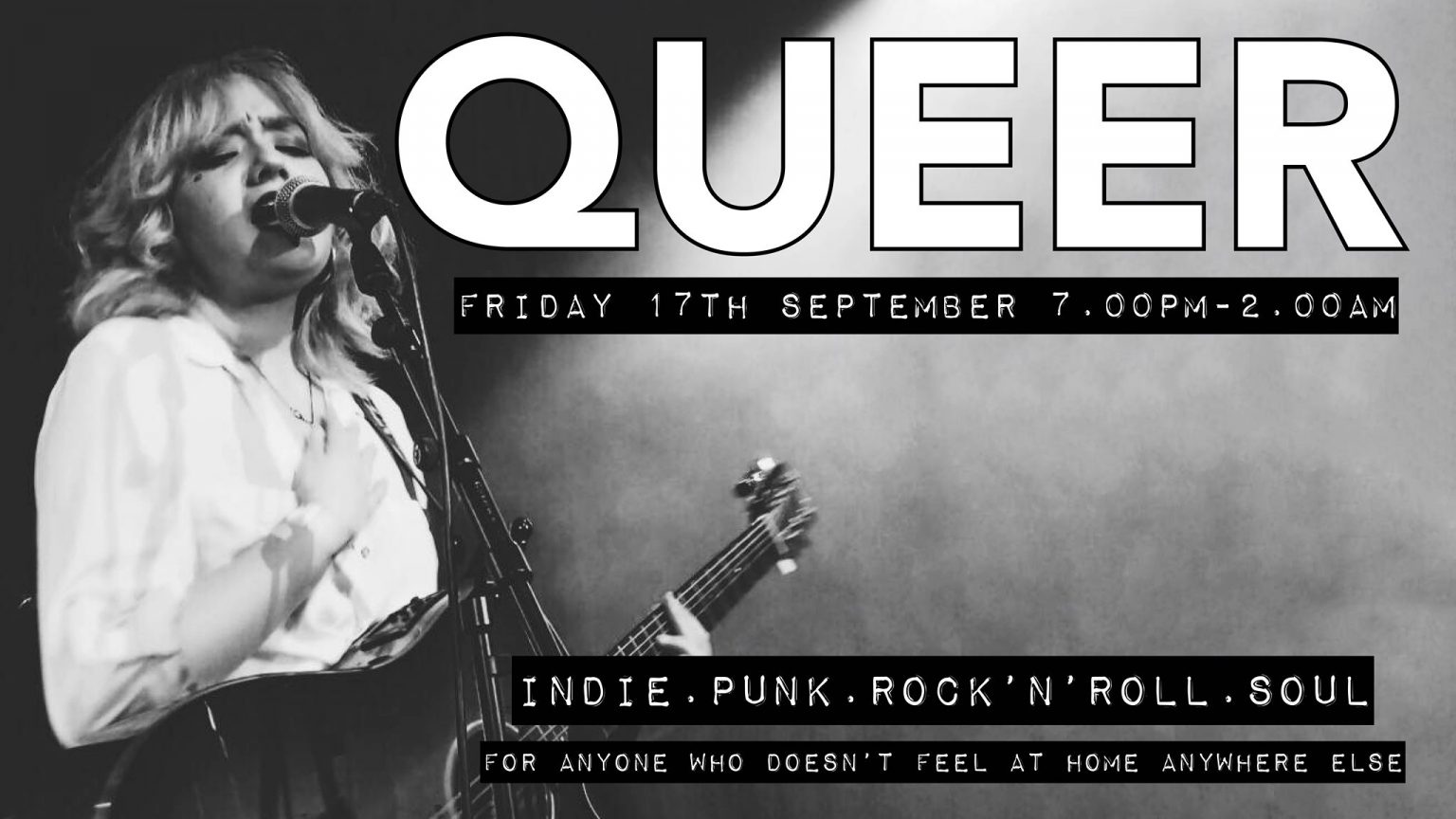 CHUCK SJ: Chuck SJ is an Arts Council supported multidisciplinary artist, exploring the realities of trans & autistic life through various forms. Their music is insightful and powerful, performed with a confidence that makes you want to listen.

A look into his back-catalogue shows a versatile musician, mixing spoken word with electronic backing tracks to brazen queercore with the band Byenary.

Armed with an electric guitar, Ableton Live and a synth, their lives shows can go from simple guitar tracks complementing their story-telling to turning the gain up to 11 and rocking out! Don’t underestimate the noise they can make! You’re going to want to see them perform, this is gonna be loud!

They bring their own raucous energy to a host of original songs about love, loss, solidarity, defiance and self-expression, punctuated with passionate vocals and catchy melodies. Mixing sing-along lyrical hooks with some rocking guitar, smooth bass and a dash of drums and you’ve got a crowd-pleasing, anthemic vibe guaranteed to get your feet tapping, head nodding and fists pumping.

They’re here, They’re queer, and They’re proud to show that the world of LGBT+ people have a voice too. They’ll use that voice to rock your bloody socks off too!

Charles & The Big Boys: Charles and the big boys are fronted by Charlie Raphael-Campbell, a queer, non-binary POC musician, who started to gain popularity after uploading videos of her bedroom performances to Instagram and Youtube. The Big boys are an evolution of Charlie’s own song-writing which began with these original songs being posted on a Nirvana fan account, which quickly gained her fans.

The evidence of her wonderful song-writing abilities can be seen after she won a spot as part of Adidas’ music forum. Raphael-Campbell, has spent time recording at the infamous Abbey Road Studios. Boiler Room’s video of her song ‘Ghosts’ at performed whilst at the Abbey Road has been viewed over 100,000 times.