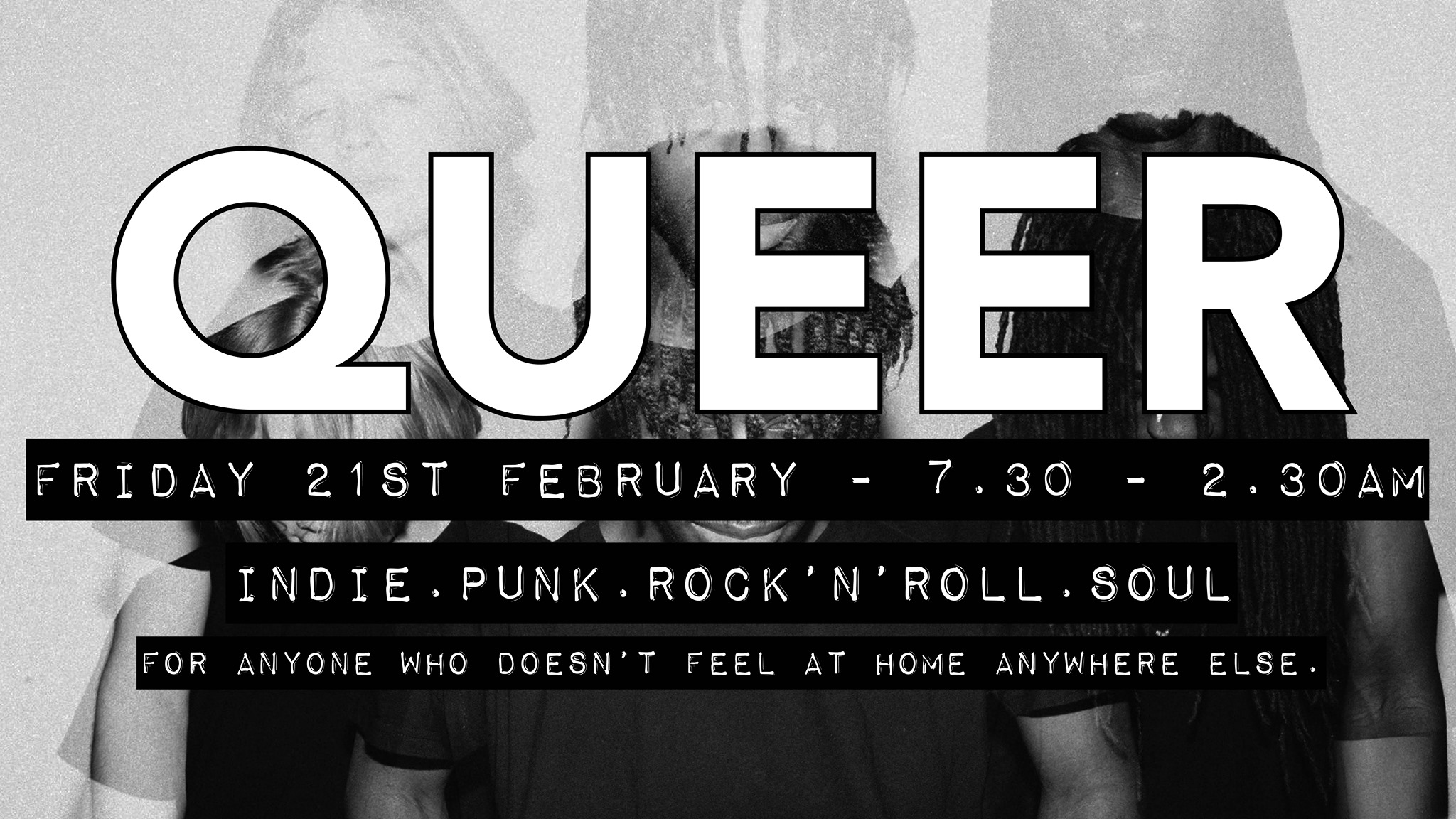 QUEER are back at Paper Dress for a Post-Valentines edition featuring blissful shoe-gaze from Whitelands, the indie sounds of Upset Stomach & powerful synth punk from Best Praxis.

Best Praxis are a group of women and non-binary people of colour. They make dramatic, emotional synth-punk noise. Since forming at First Timers fest just under 3 years ago, they have taken their form of Synth Punk and played relentlessly around the UK from intimate gigs, up to large festivals.

This is their first London show since taking a short hiatus last summer.

A non-binary panic attack of colliding sounds, Upset Stomach is the apex where shoegaze dreaminess meets a hysterical woman.

Sometimes beautiful, sometimes frantic off the wall indie pop. However, they have something more to offer than that – they blend this with effects that whip up a shoegaze-y and sometimes plain oddball atmosphere, the vocals occasionally delaying, with fuzzed out cartoon riffs. They are a joy!

Whitelands started as a solo project which Etienne started during his 6th form lunch breaks when he was 18, that went onto form the ‘Old news’ EP released in February 2018. Focusing his efforts back in his bedroom he self-recorded his debut album, a 23-minute long concoction of indie-pop and Shoe-gaze ballads ‘Whitelands’.

Since the launch of Whitelands first album, Etienne was joined by 2 friends and they now perform as a 3-piece band.

£6 (+booking) or £8 OTD, we have a limited number of concession tickets available, please contact us for more info or if the ticket price is prohibitive for you.

FREE ENTRY to clubnight from 11pm

QUEER is a straight-friendly event so all are welcome! Remember to invite all your friends/allies!