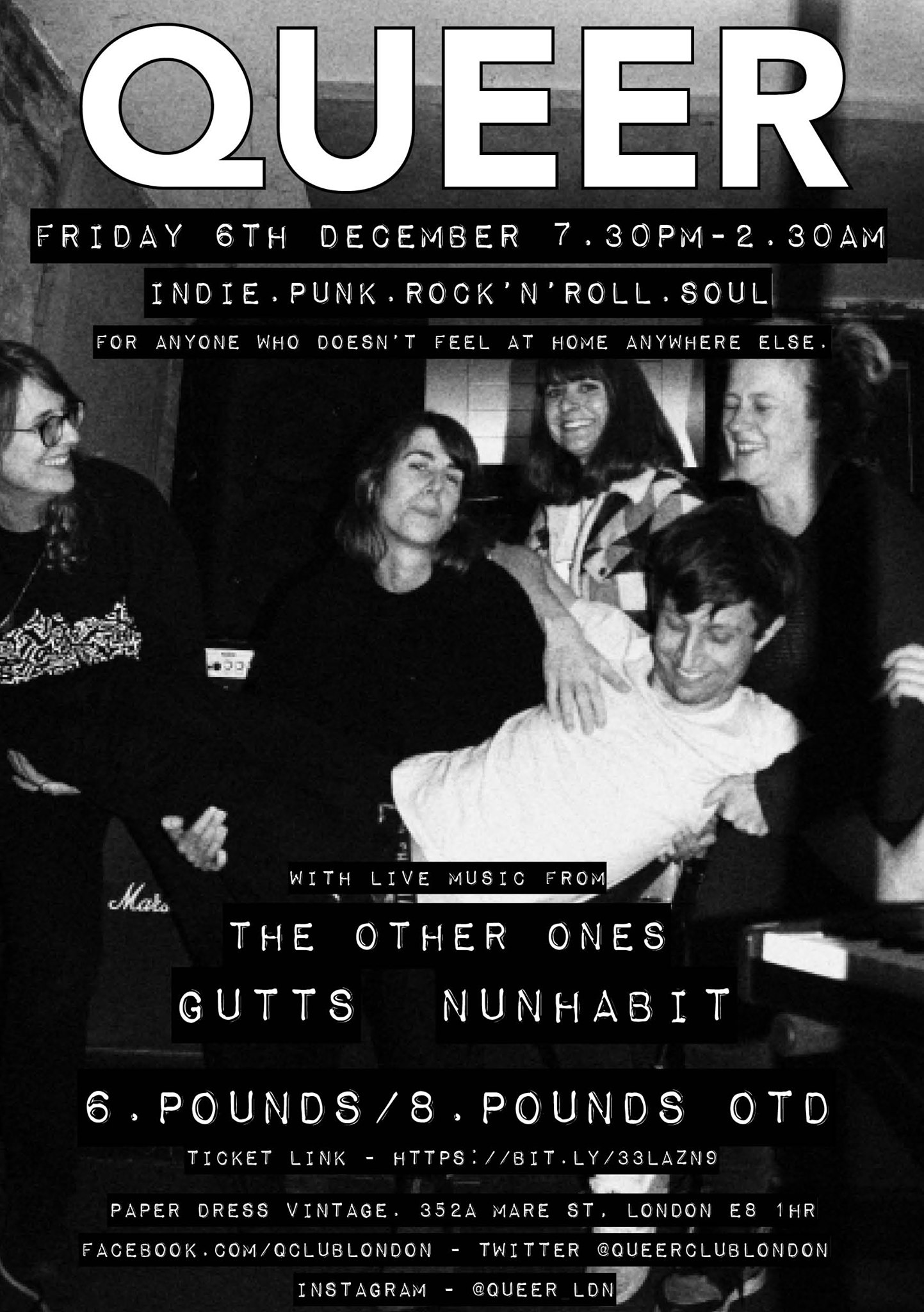 QUEER ft. The Other Ones, Nun Habit, GUTTS

QUEER are back at Paper Dress for a December edition featuring noise pop merchants The Other Ones, the fun fuzzy garage pop sounds of Nun Habit & sax punk from GUTTS!

The Other Ones are a noise-pop group formed out of a love for 90s’ TV, curries, fuzz pedals and cats. They write songs about the perils of navigating modern relationships, unwanted attention from creepy guys and being cool with being alone.

Their odes to losers in life and love are contrasted by uplifting melodies, powerful guitars and tunes that will get lodged in your brain.
http://theoneonesuk.bandcamp.com

London-based 5-piece playing fun, fuzzy garage pop. Formed in 2016, they’ve been gigging around the UK taking in the Edinburgh Fringe and Salford’s Sounds from the Other City festival along the way, generally by train cause they can’t all fit in Rachel’s car and trains are nicer anyway. Earlier this year they even got to play in the Elgar Room at the Royal Albert Hall.

They write songs about otters, online dating, STIs, hairbobbles, having eczema and poor workplace management practice and place a heavy emphasis on loud noises and having a good time.

After the live music..