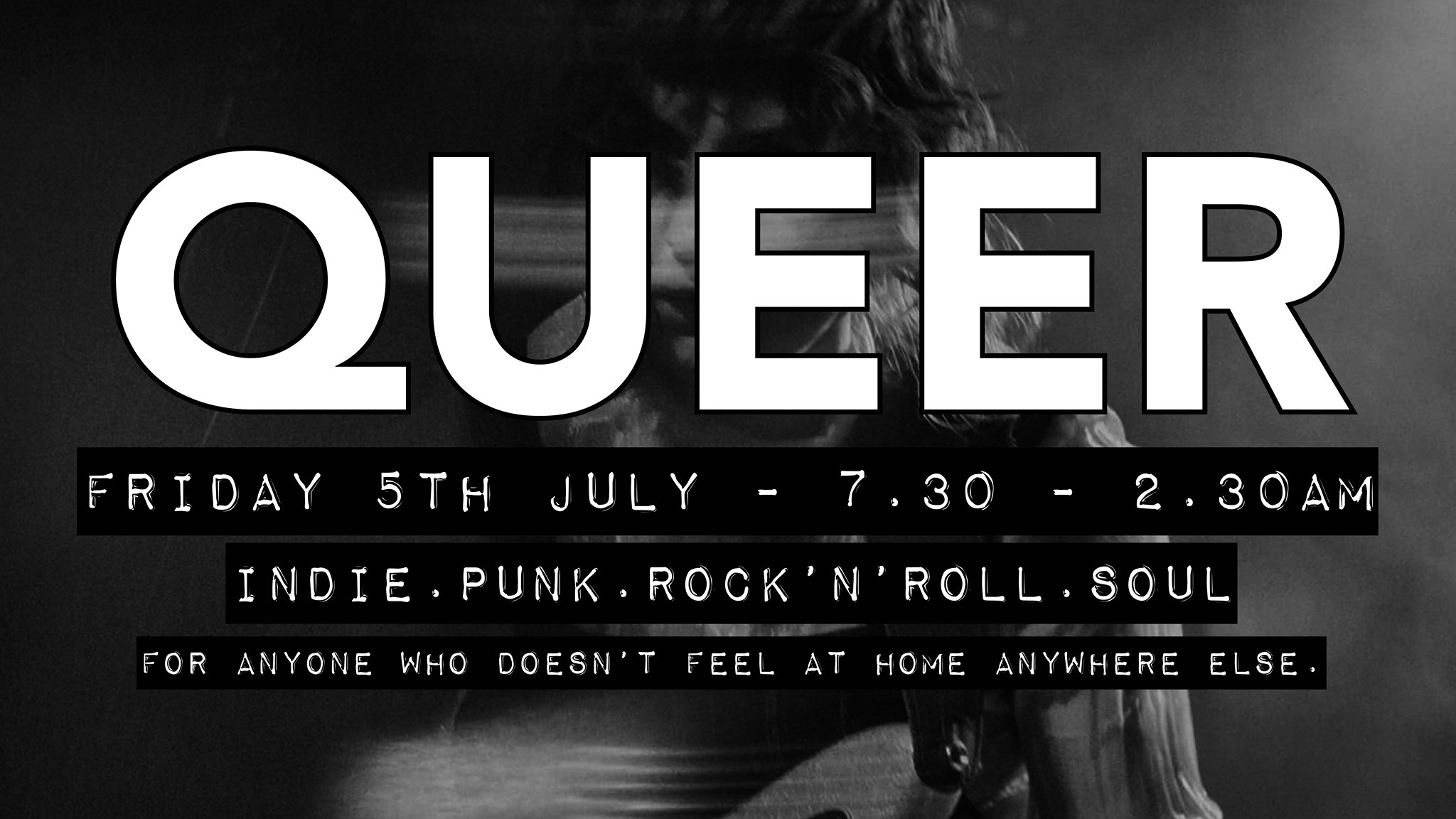 QUEER is a punk, indie, soul and rock’n’roll night for people who identify as LGBT and anyone who doesn’t feel at home anywhere else.
—————-
For our 6th Birthday we’re holding a pre-pride special! We’ve got 3 great queer bands for you to enjoy! We’re super excited for you to come hear them all.

PANIC POCKET are long-term BFFs Sophie and Nat who formed in 2017 for First Timers Festival and have since found themselves described as ‘lo-fi electro-pop heroes’. With songs celebrating intense friendships and demonising shitty relationships, you can expect catchy choruses and killer harmonies in their songs about trash men, bad bosses and unrequited online lust. Panic Pocket’s debut EP ‘Never Gonna Happen’ was recently released on Reckless Yes Records.
//panicpocket.bandcamp.com/

ADULTS are a group of uni and school pals making fast, noisy and awkward pop songs with a love of the diy ethos. Eminently relatable, incredibly danceable and joyously raucous, they’ve plucked the best riffs from the noughties indie scene, crushed them up with some pop-punk drumbeats and mixed it all together with lyrics that make you feel known. Their EP ‘The Weekend Was Always Almost Over’ was originally self-released on cassette in 2018 before being put out on vinyl by Caballito Records..
//sadults.bandcamp.com/

JEMMA FREEMAN & THE COSMIC SOMETHING known previously for their song writing with dreamy psych band Landscapes (Bella Union) Jemma has tinged this with energetic glam rock.