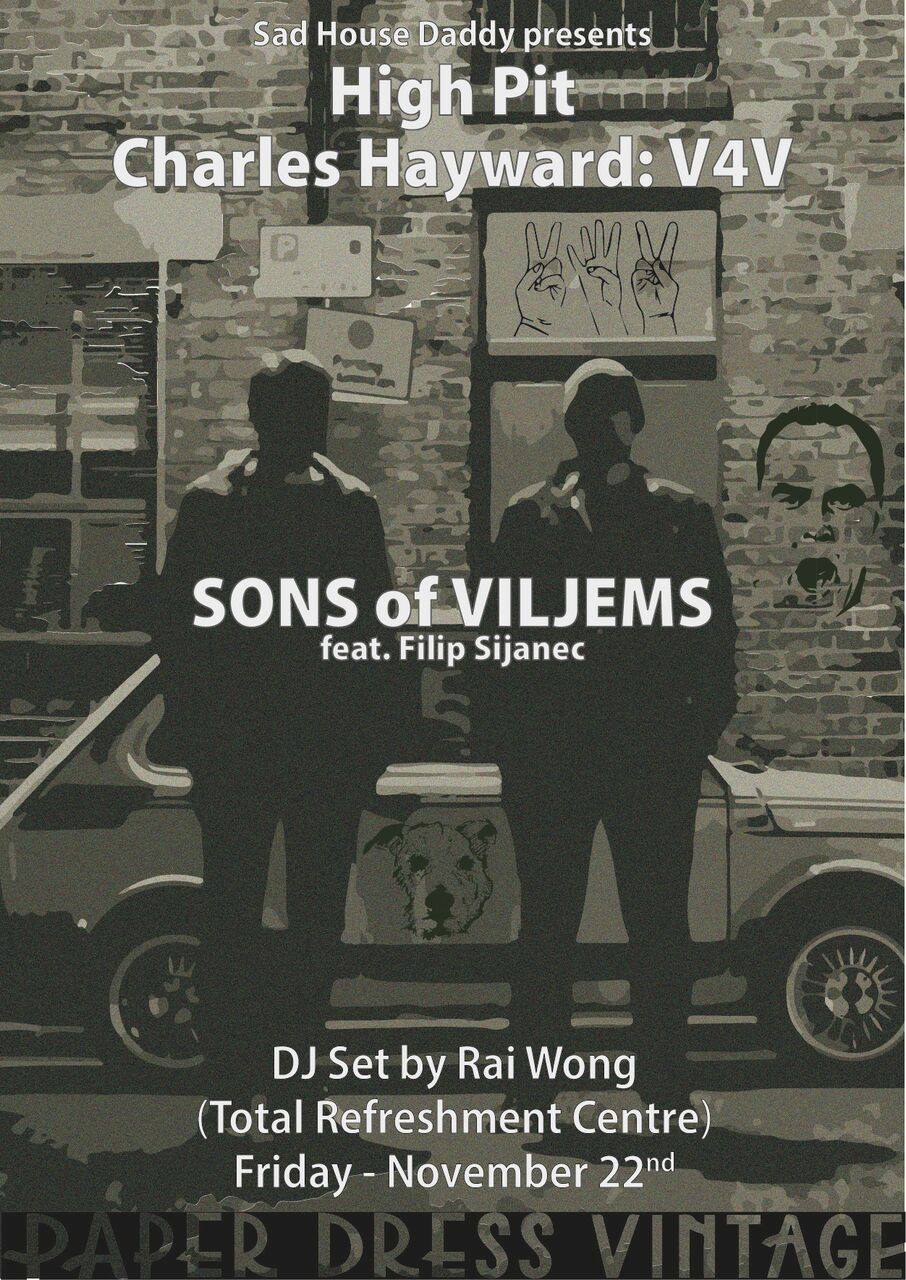 Their music is based on the stark contrast of their individual musical styles, resulting in fluid, groovy and ambient tunes that are melodic, minimalistic and evocative. Their music celebrates the unsaid, the mystery of cultural encounters, where silence is as important as sound, the climax is reached through the physical interaction of two individualities.

The best way to ‘visualise’ their sound is to imagine two bodies walking and disappearing on a densely foggy night, just like Sons of Viljems disappear inside their own music when performing it. Their debut release was last year’s ‘Touch Me Not’, an 8-minute nocturnal suite accompanied by a short film by director Bojan Brbora. Currently in the midst of recording new material for release shortly, tonight they collaborate with Slovenian musician Filip Sijanec Composer.
https://www.youtube.com/watch?v=ppB0ftlOMvs

CHARLES HAYWARD: V4V
Best remembered for his role in late-’70s experimental rock trio This Heat, drummer and vocalist Charles Hayward has been a constant presence on the outer fringes of the music scene ever since, both working as a solo artist, playing in groups including Massacre and Gong and as a session drummer for bands including The Raincoats and Hot Chip. He also played with Mal Dean’s Amazing Band, Dolphin Logic, gigged and recorded with Phil Manzanera in the group Quiet Sun project, enjoyed a short stint with Gong and on one occasion played drums for the anarchist punk band Crass.

In his latest project, V4V, he enlists bassist Nick Doyne-Ditmas, guitarist Vern Edwards and DJ BPM (breaking out from the grime mould for which her Resonance 104.4fm radio show is increasingly acclaimed) to create “an ‘improvised psychedelia’ that occasionally recalls Can at their most drugged-out” (TimeOut).

Served on a bedrock of churning and fractured funk from the telepathic rhythmic architectures of Hayward and Doyne-Ditmas, DJ BPM builds flickering ghost storms of sound that mesh thrillingly with Edwards’ serpentine guitar. Currently enjoying a career profile high, Hayward released the critically acclaimed solo album “(Begin Anywhere)” this year and appeared on the cover of The Wire magazine in June.
http://www.v4vband.com/