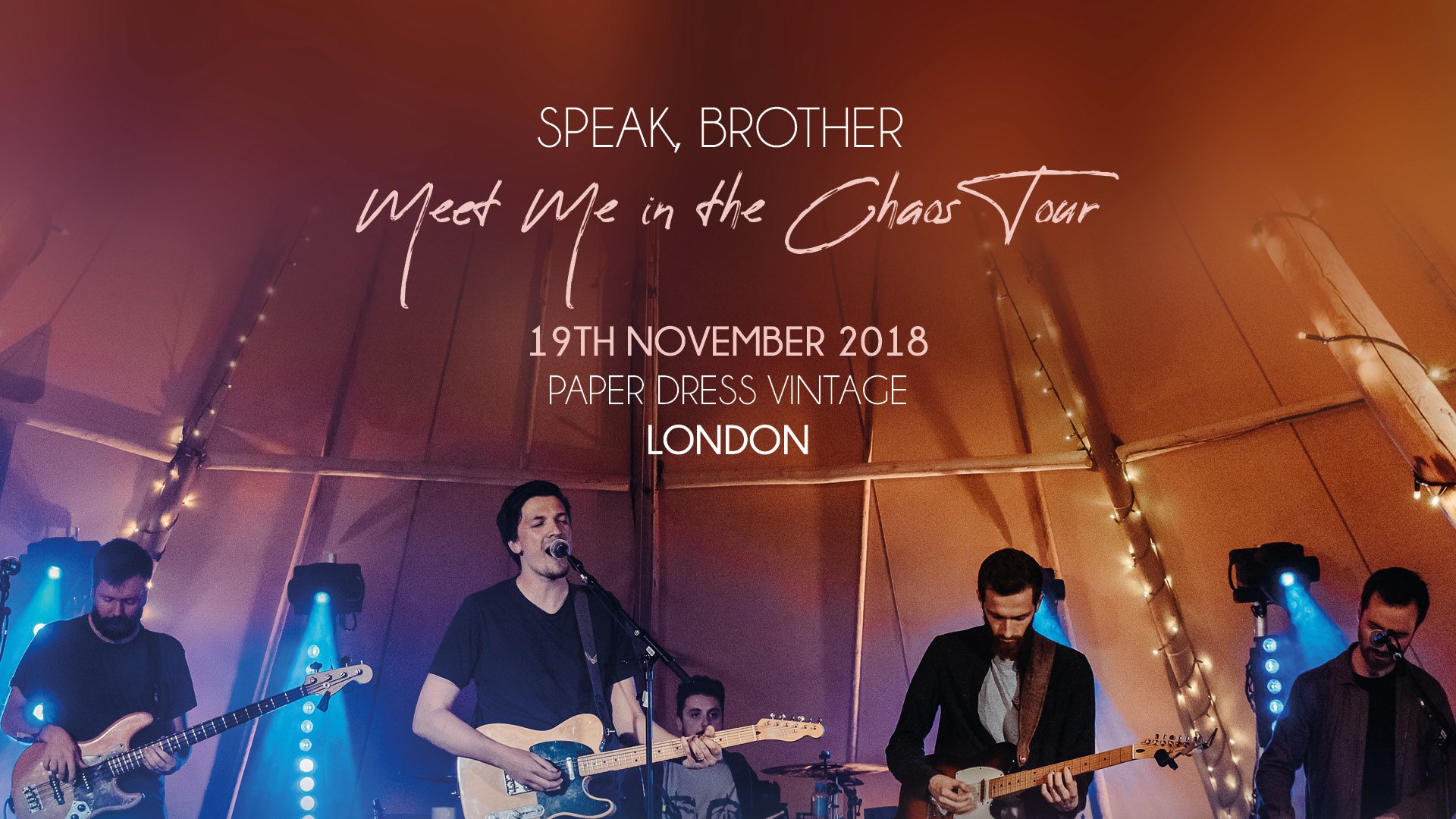 Speak, Brother – Meet Me in the Chaos Tour

Vulnerable, honest, ethereal: this is the music of Speak, Brother.

Boasting a powerful indie-folk-rock sound with subtle hymnal and gospel tones, their story based anthems have drawn comparisons to the likes of Of Monsters and Men, Kodaline and Fleet Foxes.

After successful tours with the likes of Julien Barbagallo (Tame Impala), the band stamped their mark on the scene with their crowdfunded Album “Young & Brave” in April 2018. The Album recorded with Gavin Monaghan (The Sherlocks) achieved multiple plays on BBC Radio 2 and became BBC Georgey’s artist of the week with a sound to have been “designed to swell the emotions and arrest the heart” (Listen with Monger).

The band are coming back to London with a new single and a UK headline tour in November 2018.