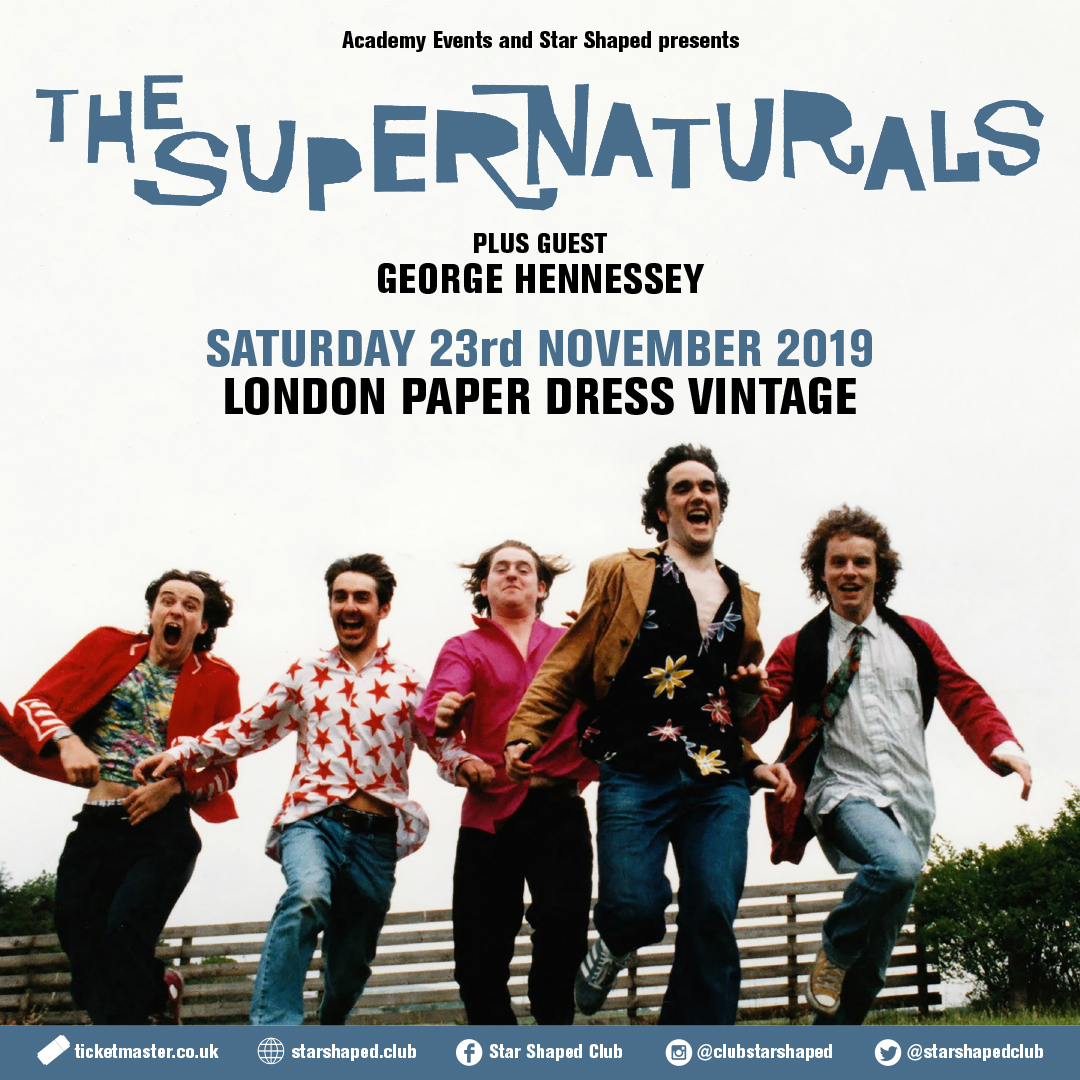 This is Disco with a small “d”. Something for serious heads and casual toe-tappers alike. Expect anything from big disco cuts to afro-beat and moody dance. Music to make you smile, close your eyes and throw shapes to.

Earlier this year, The Supernaturals released their fifth album Bird of Luck (1 August 2019), 11 tracks written and recorded in Glasgow between 2015 and 2019.

Self- produced and mixed by Kev Burleigh (Glasvegas, Simple Minds), the highlights of the album are the calypso influenced upbeat rocker ‘Bird of Luck’ and the straightforward power-pop of ‘Magpie’. The album also features the upbeat piano track ‘At this time of Year’ together with ‘Roberta and Xica’ a song about two
Brazilian lovers trying to lift the curse on their football team ‘Corinthians’.

The Supernaturals formed in 1991 and toured extensively around Scotland releasing four mini albums on their own label.

They signed to EMI/Food in 1995 releasing two albums It Doesn’t Matter Anymore and a Tune a Day. The band had seven Top 50 singles between 1995 and 1999. The band’s third album, the Beach
boys influenced electronica of What We Did Last Summer was released in 2002 onUniversal records, after which they went on a long overdue break, before releasing their fourth album 360 in 2015.

Meanwhile, several of the band’s songs, the Ivor Novello nominated ‘Smile’ and ‘I wasn’t built to get up’ have taken on a life of their own in subsequent years, having been used in adverts and films around the world. Rod Stewart covered the band’s song ‘Dylan’s Day Off’ in 1997.