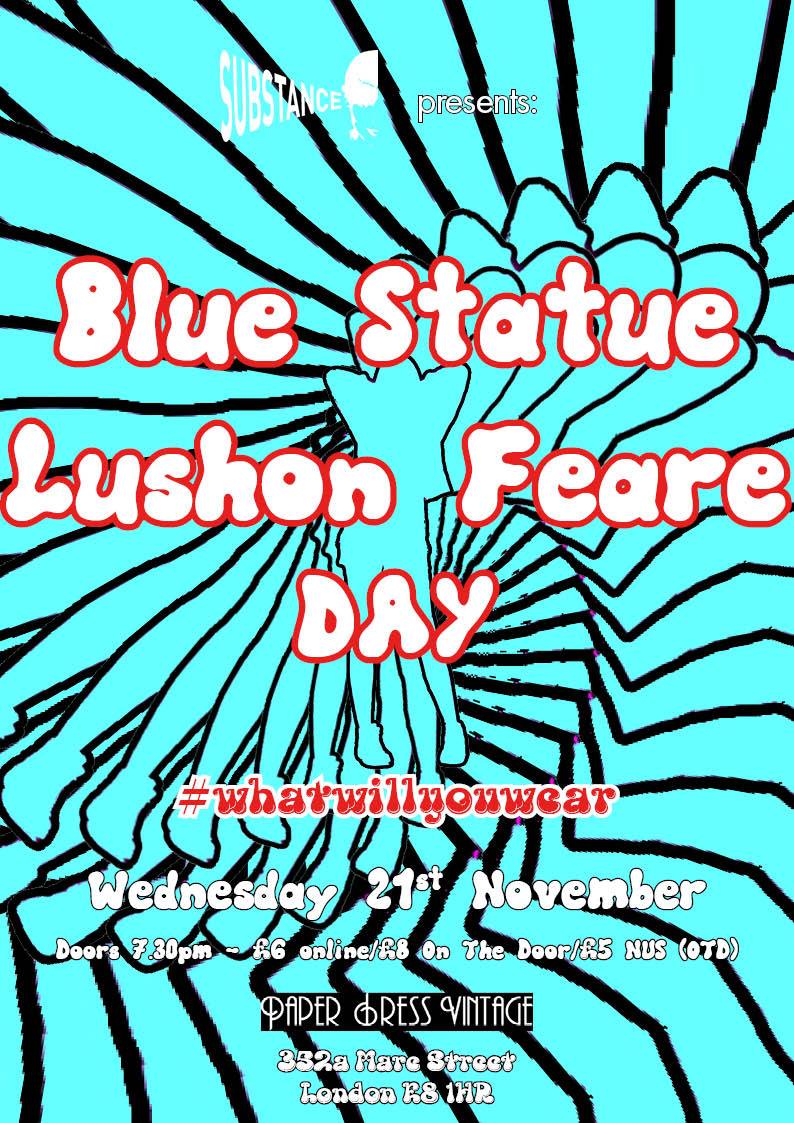 Blue Statue
Early this year (2018) Blue Statue were formed, they are a new alternative indie band based in north London…

Having previously worked with the likes of legendary producer Joe Foster and been featured on BBC Introducing London, the Browns’ new incarnation raises the bar with an E.P. and live show that seamlessly blend beautiful melodies with the spirit of punk rock.

Blue Statue’s sound fuses the noisier side of indie with the grungier side of punk to produce banging songs with driving rhythms, thunderous riffs and earworm choruses.

While heavily influenced by great bands of the garage-rock, post-punk and noise-rock persuasion, inspiration is also drawn from looking out into a world of Bohemian hedonism, abstract art and philosophical enquiry to bring eternal themes such as existence, trust and freedom into the context of modern life.

Their new self-titled E.P. is a gorgeous display of the deep passion Blue Statue apply to their craft, and adds songs such as The Scent Has the Air, Womb Wave, The Screen and Vixen’s Wedding to the plethora of great alternative indie rock music we’ve all enjoyed.

A newly released video for the snappy post-punk track The Screen, directed by the band along with Berlin artist Lydia Milkereit, lays mysterious surrealistic visuals over dark urban scenery to illustrate the dichotomy of ‘in here’ and ‘out there’ that runs through Blue Statue’s work.
https://www.bluestatuemusic.com/

Lushon Feare
Lushon Feare Is a Soul/ Blues/ Jazz artist based in London.

Previously the The Lead singer of the Leicester based band The Black Macks he is now performing as a solo artist, collaborating with a host of talented musicians from in and around London.
https://www.facebook.com/lushonfeare

Day
DAY are a London based alternative rock band
https://www.facebook.com/dayyymusic