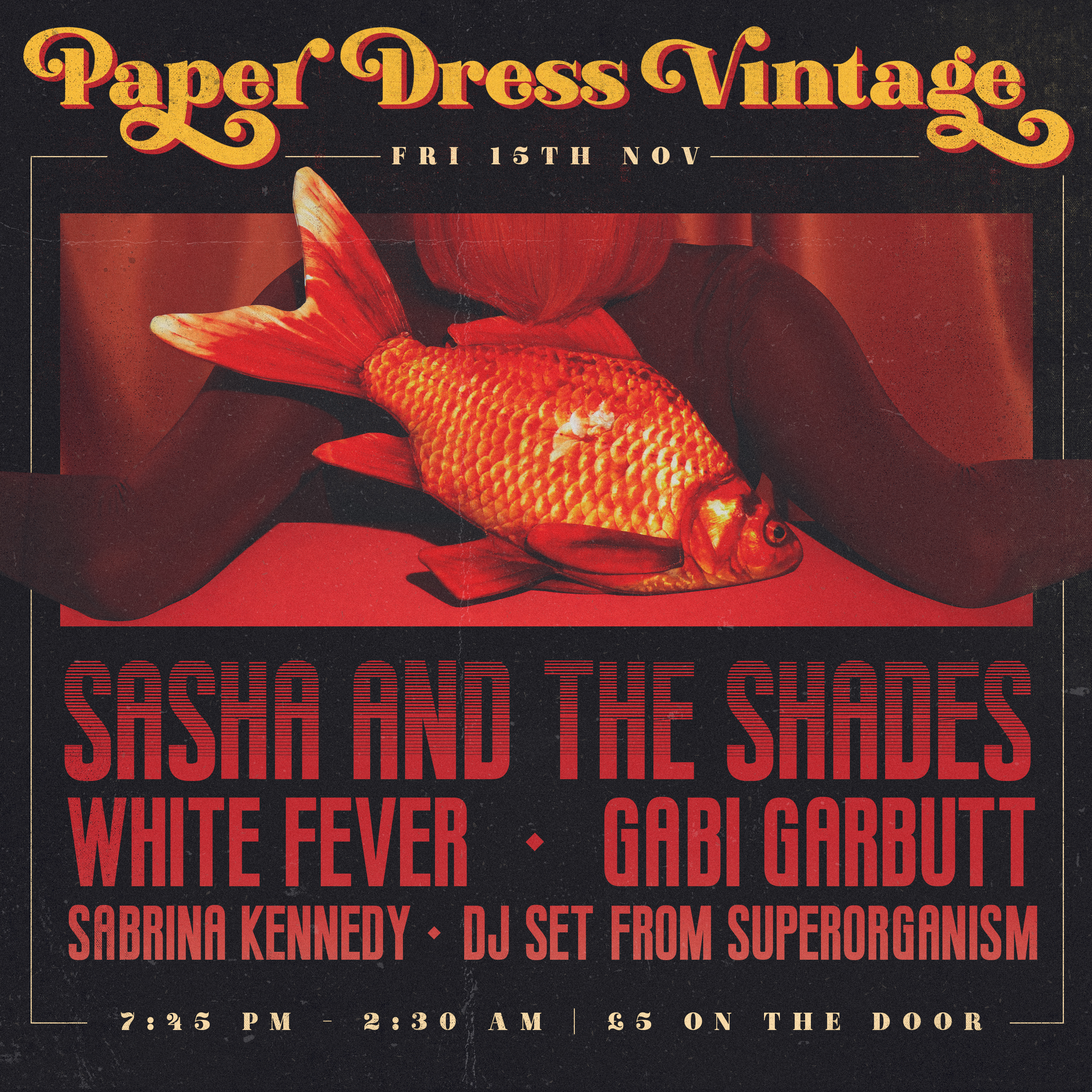 Join us on Friday 15 November for a headline set from 6-piece Sasha & The Shades alongside dream pop-sters White Fever, Gabi Garbutt & The Illuminations’ poetical brand of Rock n Roll and an opening set from Sabrina Kennedy

After the live music, B, Ruby, and Soul (of trippy electronic pop collective Superorganism) will be getting the dancefloor jumping till 2.30am!

GABI GARBUTT AND THE ILLUMINATIONS
//www.facebook.com/gabigarbuttmusic/

Fresh off the back of their tour with Edwyn Collins, Gabi Garbutt & The Illuminations are celebrating the release of their debut album ‘The Discredited Language of Angels’

Gabi Garbutt’s music combines a poetic edge with a visceral energy, inspired by the lyrical rock’n’roll of cultural giants Patti Smith and The Clash, and the speedy, multi-layered drive of Northern Soul.

Her expressive, captivating performances are backed by the pulsating electric sounds and sweet harmonies of her band, The Illuminations.

Sabrina Kennedy has the voice of a pop star but the soul of a singer / songwriter. Her infectious music finds the middle ground between pop and blues, nurtured by influences of all genres of music especially country, dubstep, and trap her introspective music ranges from love songs to power driven pop hits, all carried by her emotional vocal performances.

After the live music B, Ruby, and Soul (of trippy electronic pop collective Superorganism) will take over the airwaves with their eclectic party tastes!

Prepare yourself. Hear everything from ABBA to Todd Terje, Daft Punk, Earth, Wind and Fire, Peggy Gou, The Supremes, Gorillaz, Fleetwood Mac, The Cars, DJ Koze, and Hot Chip. Wait, what? All of that and more. Just get ready to dance.