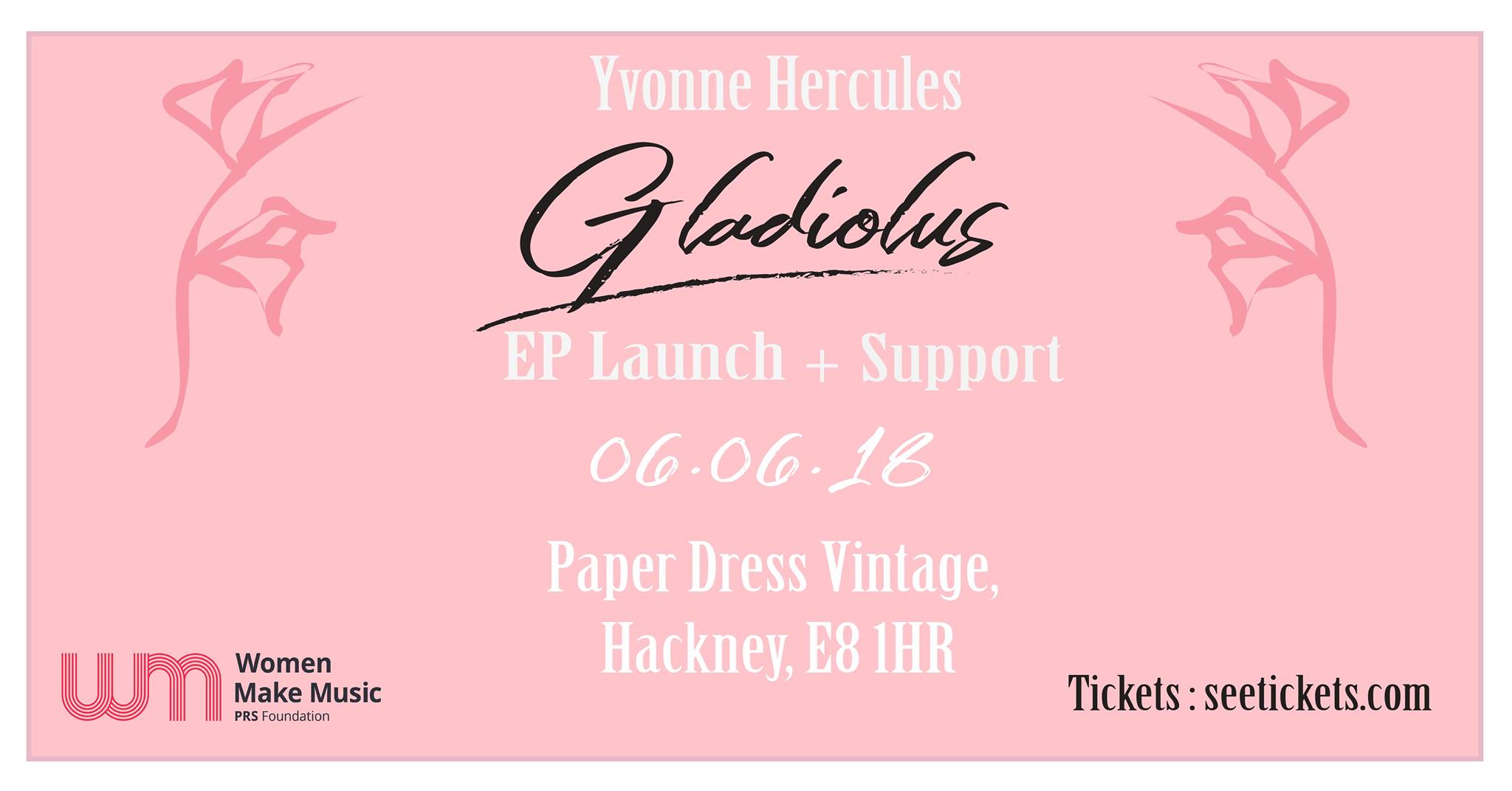 Yvonne Hercules is launching her brand new EP with us on Tuesday 5 June and this is what she’s got to say about it!

I’m celebrating the release of new EP Gladiolus (06/06/18) with a massive launch party at Paper Dress Vintage just before it’s officially released! You’ll be able to hear the EP in full + a few bonus tracks and I’ll be joined by 2 wonderfully talented female support acts plus an additional special guest.

You’ll also be able to buy physical copies of Gladiolus at the launch show including CD/Vinyl plus other merchandise.

I’ll be performing with my band and it’s guaranteed to be great night! One you won’t want to miss!

”To truly be moved by a piece of music is one of life’s greatest pleasures, and the soulful delivery of Yvonne Hercules on newest single “Roving” will send shivers down your spine.” – Rachael Scarsbrook, Line of Best Fit

Yvonne Hercules is a singer-songwriter based in London. Inspired by Folk, Blues, Rock & Soul, her music is a culmination of these genres with a discerning edge underpinned by honest, thought-provoking lyrics. Her second single ‘Roving’ (released April 2017) received mentions in publications such as Clash magazine, Line of Best Fit, Afropunk, BBC Introducing among others and she was recently announced as a recipient for PRS for Music’s Women Make Music award who are supporting her debut EP release, due June 2018.

SUPPORT TO BE ANNOUNCED – follow the Facebook event page for latest updates and to invite your friends!